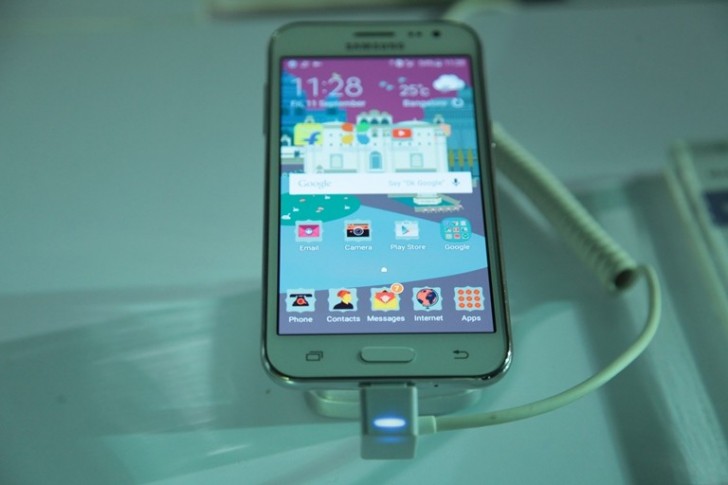 The budget-friendly Galaxy J series just got a new member – the Galaxy J2, which was officially launched in Bangalore today. It is the fourth member of Samsung’s “J” line and can be best summed up as a device by ‘Make in India’ and ‘Make for India’, delivering on the Korean giant’s promise to tailor devices for the vast emerging market.

The Galaxy J2 improves on the specs of its J1 sibling and comes with a 4.7-inch qHD Super AMOLED display, an Exynos 3475 chip with quad-core 1.3 GHz CPU and 1GB of RAM. That is coupled with an entry-level camera setup (5MP f/2.2 on the back and 2MP f/2.4 of the front), a 2,000 mAh battery and an up to date Android 5.1 experience. But perhaps best of all – the small phone comes with dual-SIM support and a unique feature called Ultra Data Saving Mode.

It comes courtesy of Samsung’s R&D facility in India and just like other important elements of the OS and its UI is specifically tailored for meet local needs and desires. The feature itself can bring up to 50% savings on your data plan, free up to 11% of the RAM and extend the phone’s standby time up to two times. That is some impressive work from Samsung’s India division and it was rightfully praised by Mr. Asim Warsi, Vice President, Marketing, IT & Mobile at Samsung India:

Samsung Galaxy J2, our entry level smart phone, has been specially made keeping in mind the Indian consumer’s sensibilities to make 4G accessible and relevant for all. The Galaxy J2 reinforces our commitment to ‘Make for India’. Ultra Data Saving Mode, which is the key feature in the device, has been developed at our Indian R&D facilities to deliver the most cost efficient 4G device.

As for pricing and availability, the Galaxy J2 will be made available on September 21 and will come with an affordable price tag of only INR 8,490, or about $125. 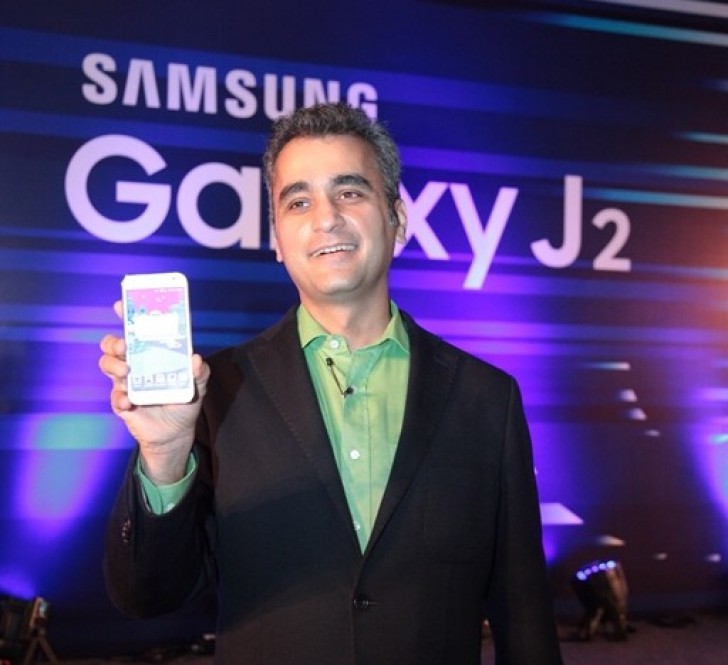