Gionee will announce the Elife S6 at an event on November 16, that much we already know from the Chinese company’s own teasers. The S6 is shaping up to be very similar to the Elife S Plus that got official in India recently, except it comes with less RAM and a different design, employing metal.

As we are just three days away from the big unveil, someone in China understandably managed to get their hands on an Elife S6 unit and proceeded to shoot a couple of blurry pictures of it. So here they are. 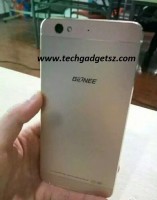 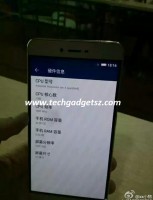 The second image gives us a picture of some of the phone’s internals, which is intriguing because it shows the S6 as having 3GB of RAM and 32GB of storage. The model that got certified by TENAA, however, only had 2GB and 16GB, respectively. So perhaps there will be two price tiers for the S6, with two different amounts for RAM and internal storage.