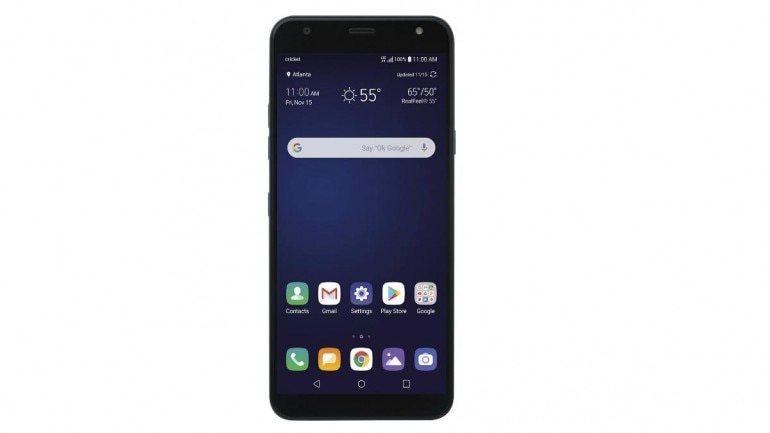 LG has been releasing low-budget smartphones under the moniker Harmony for past two years now. And now it looks like the company is gearing to launch the third variant of its Harmony series – the LG Harmony 3 – soon. A image of LG’s upcoming smartphone was recently leaked online giving us a glimpse of how the phone would look like.

The image comes as a courtesy of tipster Evan Blass who shared the image of the upcoming LG Harmony 3 on Twitter. The image shared by Blass indicates that LG’s upcoming budget smartphone would be slightly different from its predecessors – the LG Harmony and the LG Harmony 2 – at least in terms of the design. For starters, the upcoming LG Harmony 3 would come with a different aspect ratio that would make the phone look slightly longer than its predecessors. The Harmony 3 is expected to come with a screen aspect ratio of 18:9 compared to the aspect ratio of 16:9 that is available on the existing Harmony phones.

In addition to this, the LG Harmony 3, as per the image shared by the tipster would come with a separate button to invoke the Google Assistant. This has become a standard feature is some of LG’s recent launches including its flagship devices like the LG V40 ThinQ, the LG G7 ThinQ, and even its Stylus series. However, the button was missing in phone’s previous two iterations. Another upgrade the Harmony 3 would be getting from its predecessors is the presence of an LED flash alongside the front camera.

It is worth noting that Blass has not shared any details about the LG Harmony 3 other than its image, which pretty much leaves us in the dark about its technical specifications. But it is not difficult to speculate that Harmony 3 is likely to get a bump in the specs. LG Harmony 2 was powered by Android 8.1 Oreo. Harmony 3 is likely to be powered by Android Pie with LG’s latest UX 8.0 on top. In addition to this, Harmony 3 is expected to get 3GB RAM, which will be a step up from Harmony 2’s 2G RAM.

The phone was sold in the US by Cricket wireless. LG is expected to continue with this trend. But in case you were wondering when the phone would launch in India, there is no word on India launch yet.