LG has been fairly silent in terms of smartphone launches this year. While the company did launch the LG G8 ThinQ and 5G enabled LG V50 ThinQ in select markets earlier this year, in India we haven’t seen much action from the brand. Earlier this year, LG launched its flagship LG V40 ThinQ in India for Rs 49,990. And now nearly six months later, the company has brought the LG W series in India consisting of the LG W10, the LG W30 and the LG W30 Pro, which is yet to hit the stores in the country.

For a local subsidiary to launch a smartphone targeted at the needs of a specific market isn’t ingenious. However, the move by LG is particularly interesting owing to the fact that with the launch of its W-series smartphones the company aims to capture or may be focus on the budget Rs 10K market segment which in India is dominated by the likes of brands like Realme, Redmi and Nokia diverting from its trend of focusing on mid-budget and premium budget smartphones.

In this review I will be exclusively focusing on the LG W30, which costs Rs 9,999 in India. The phone is available for purchase on Amazon India and LG India shop in three colours – Aurora Green, Thunder Blue and Platinum Gray and it competes with the likes of phones like Realme 5, Realme 3i, Redmi 7A and Nokia 3.2 among others.

LG W30 comes with a classic design and it has all the features like – a triple rear camera setup, a water drop notch in the front, a giant 4,000mAh battery and a comfortable display — that make it stand strong in the budget smartphone segment. But is it any good? Let’s find out. But before that here’s a quick look at the phone’s key specifications.

Camera: Triple rear camera system consisting of a 12MP standard lens, a 13MP wide-angle lens and a 2MP depth sensor. On the front it has a 16MP camera.

LG seems to have a “no bling” policy in its smartphones. Whether it is the LG G8 ThinQ or the V40 ThinQ or even the G7 ThinQ, smartphones by LG are simple and subtle in design, unlike the shiny and shimmery phones by Redmi and Realme. The LG W30 is no exception to this rule. It is simple and subtle and if you are the kind of person who likes to maintain a low profile and stay away from jazzy things then W30 is definitely a phone you should consider.

The LG W30 measures 162.7 × 78.8 × 8.5 mm and it weighs 172g. It comes with an LCD display on the front and a shiny plastic body on the back, which effectively gives the impression of glass back design – a feature that is common in budget smartphones. On the sides, the phone has a plastic chassis, which looks like it has been made of metal. We at India Today Tech got to use the Platinum Gray variant of the phone for this review.

The subtle gray body of the phone gels perfectly with its shiny chassis, which on the left houses the SIM card tray and on the right side holds the power button and the volume control keys. On the top, there is a 3.5mm jack, and on the bottom there is a USB Type-C port for charging and a speaker grille. 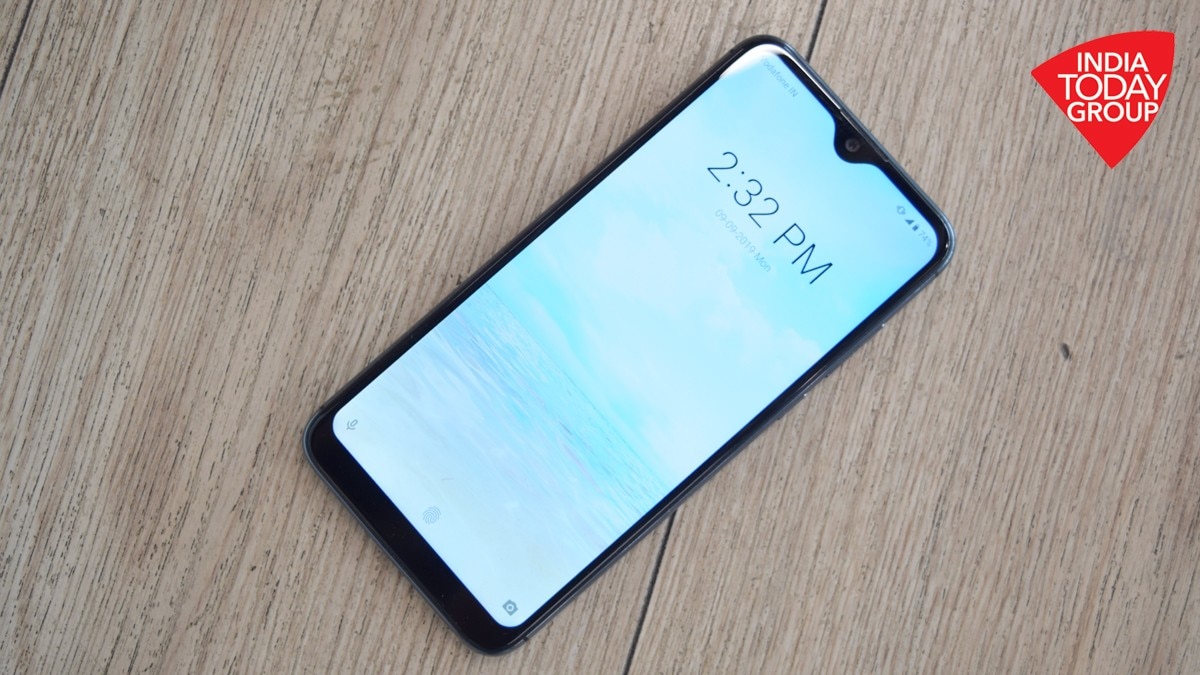 On the contrary, the front of the phone is relatively immune to smudges and it maintains a pristine image most of the time. But that’s not the only good thing about the display of the budget LG W30 smartphone. The phone features a water-drop notch that can be customized to a U-shaped notch or full-bezeled display on the top with simple settings. It is bright and easy to look at and read even in the bright sunlight.

The colours are nice and well rounded and watching videos is a delightful experience. I watched a bunch of music videos on W30 via the YouTube app and I must say that while the colours were all balanced and bright, the video itself wasn’t as clear as I had hoped it would be. Now, one explanation for that could be issues with the Wi-Fi network. But when I played the same videos over the same network on my Pixel 3a XL smartphones, they were perfectly clear. While the two phones don’t warrant a comparison — different price points — but it is safe to assume that it wasn’t the Wi-Fi that was at fault.

They say that good looks can only take you so far and that you need to have grit to make it to the end. This seems to hold good for the LG W30 smartphone. While the phone is a charmer, especially to those who love simple things in life, it fails to live up to the hype it creates. For starters, some of the basic functionalities of the phone, like the fingerprint sensor, don’t work perfectly. It generally takes a take or two for W30 to read the fingerprint correctly and unlock the phone, which is both outright annoying and a big turn off.

Another thing that I don’t like about the phone is that it misses out on one critical piece of software that LG smartphones are known for – LG’s custom user interface. For those of you who don’t know, LG often provides a user interface that allows users to customize every last detail of the phone. But in this phone that custom users interface is absent.

Admittedly, some do find the extent of customization options available a bit annoying. However, it is these customisations and the fact that you configure every aspect of your smartphone as per your liking that make LG smartphones shine among other smartphones which feel somewhat same in terms of the software. And without LG’s custom UI, W30 is just another Android smartphone in the market. It’s true that the phone has features such as the customizable notch and the panic mode, but in the absence of the UI, they just seem like the reminiscent of a bygone era.

Beyond this, the phone doesn’t offer much. It is slow and it takes a good amount of time to open any app. Apps as basic as Facebook and Instagram take around 5 – 6 seconds to open. And if you like to indulge in simple games like PubG while commuting, don’t expect any wonders there as well. That said, it is steady and it will never give you any nervous jitters.

Despite an average performance, the LG W30 delivers a surprisingly good camera performance, especially in low light. The phone comes with a triple rear camera setup consisting of a 12MP standard lens, a 13MP wide-angle lens and a 2MP depth sensor. On the front, the phone has a 16MP lens.

The camera system of the LG W30 is powered by the company’s artificial intelligence technology, which enables it to correct images and fine tune shots with ease within seconds. It also means that your selfies would always be Instagram ready.

The W30 captures some stunning images using the standard lens of the phone’s camera system. It captures the colours well and it does a great job at preserving the details. Take a look at the ants crawling out of the yellow flower for instance, W30 does surprisingly a good job at capturing depth and maintaining distinguish between the two elements without distorting any element of the subject.

This is true of the shots captured in indoor light or ones captured in bright outdoor light, it captures the vivid and vibrant colours of the subject well while preserving the details well. The colours don’t bleed and there is little noise captured in the background. What I like about the rear camera of the phone is that it manages to capture the true colours of an image in every lighting condition without fail. Red is red and not orange or tint of red and the green looks so mesmerizingly pleasant. Check out the India Today Mediaplex building. The flowers look gorgeous tucked up in green and the food looks appetising. This is true for the portrait mode as well. Using the beauty mode however tends to smoothen thingsskinout a bit more.

The wide-angle lens of the phone, however, is a different story. While camera does capture details but the colours in image aren’t as sharp as the one captured by the standard lens. The overall image looks a bit dusky and strapped of colour.

Surprisingly, the phone does a good job at capturing images under low light conditions. Using the standard lens while capturing images in low light conditions yields results that are comparable with the ones captured using the Night mode. The images are clear with bare minimum noise. However, things get a bit sketchy when using the wide-angle lens, which is when the image looses focus and gets noisy.

The front camera of the LG W30 is a powerful one. It captures the last possible detail both in the background and in the foreground with fineness and ease. From your freckles and your pimples to the moles on your skin, the front camera of the phone will capture everything while preserving the colour. And if you are looking for some Insta-ready images, you can turn on the beauty mode, which even out the skin tone using the phone AI camera technology.

Like camera performance, the LG W30 does a good job at battery performance as well. It comes with a gigantic 4,000mAh battery that takes around 2.5 hours to charge completely. When full charged, the phone can go without the need for a refill for day easily. So if you have charged your phone in the morning, you can go out browsing through your social media feed, watching videos, answering calls and texts all day long without worrying for your charger to be around.

Tricky but the answer is no. The LG W30 is a decent phone, particularly if you want an impressive camera in a budget phone. It has good front and rear camera system and it captures some decent shots in the low-light conditions. Battery life is also good and it is likely to support you all day long without any hiccup. But its performance lets it down.

Then there is the competition. There are phones like the Realme 5, Realme 3i, Redmi 7A and Nokia 3.2 available in the market right now. In couple of areas the W30 matches or is better than some of these more popular phones, but overall it falls slightly short of high-standards set by others in this segment. 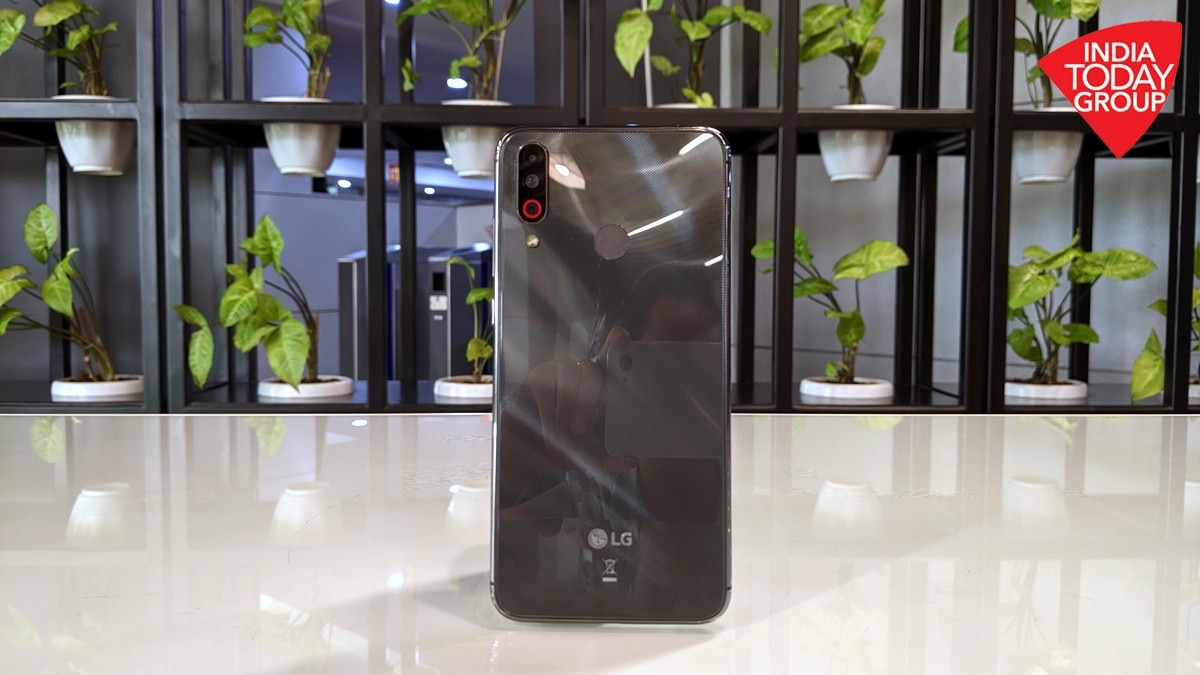