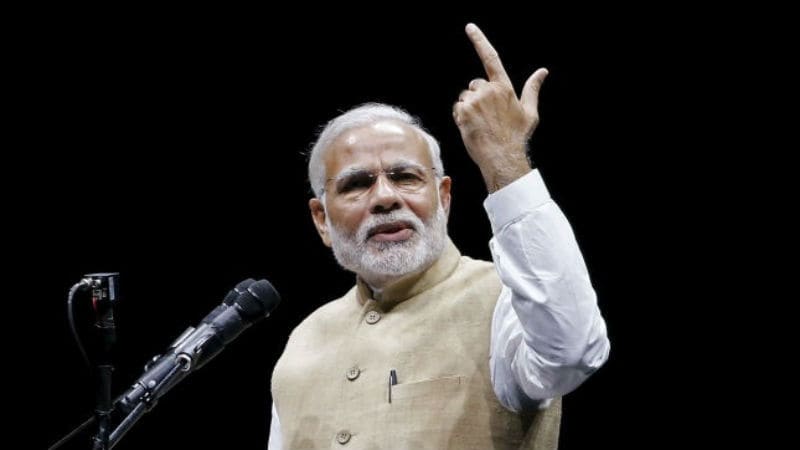 Modi Keynote and Narendra Modi Apps, Oppo F1s Upgrade, and More Tech News This Week
HIGHLIGHTS
Prank Modi Keynote app was pulled from Google Play
The real Narendra Modi app dominated downloads
Oppo launched an upgraded variant of the Oppo F1s
This has been a strange week in technology, with Prime Minister Narendra Modi’s name attached to not one, but two apps that shot up the rankings on app stores. The Narendra Modi app quickly dominated on the App Store, after it was announced that people could use it to give their feedback on the process of demonetisation. It was later reported that 500,000 people gave their feedback in the first 24 hours, and that the responses were overwhelmingly positive. That wasn’t the only app to have “Modi” in its name though. Another app, called Modi Keynote was launched recently, and promised to authenticate the new currency notes.

The app was actually just a joke, not a real currency authentication tool, and not released by any group connected to the PM. However, a lot of people were taking it seriously, and for that reason, the creators decided to remove it from Google Play, but not before it garnered a lot of attention and downloads.

It was a slightly slow week for launches, but there was one that stood out. The Oppo F1s has a new variant with 4GB RAM and 64GB storage, which launched on Monday, following up on the original F1s launch in August. The new variant is a little more expensive, at Rs. 18,990, but that’s only a price difference of Rs. 1,000. You can get it via Amazon, or at retail outlets. Apart from the bump in RAM and storage, all the other features of the phone remain the same.
The big highlight is the 16-megapixel front-facing camera with a 1/3.1-inch sensor and f/2.0 aperture. Other selfie-focused features on the smartphone include its Beautify 4.0 app for selfie editing, the Selfie Panorama feature that stitches together three selfies, and the Screen Flash feature. The rear camera takes a back-seat on this phone, although it isn’t a slouch either, with a 13-megapixel sensor, PDAF autofocus, an f/2.2 aperture, and dual-LED flash.

The Oppo F1s of course goes up against the new Vivo V5 and the Gionee S6s in the selfie-smartphone battle in the mid-range segment.

(Also see: Vivo V5 Review)
This week was still mostly dominated by the demonetisation discussion. Emergency measures are being put in place – for exampe, the government is pushing for the activation of Rupay debit cards, while the Andhra Pradesh government is distributing free mobiles for cashless transactions, and the RBI has doubled the storage limits for mobile wallets.

On Wednesday, Paytm announced “app POS”, a system that would allow small vendors who are using Paytm to accept payments via credit or debit cards. Paytm founder Vijay Shekhar Sharma talked about how India needs a “very innovative mobile POS machine”. The very next day, Paytm pulled the plug on this feature, citing security concerns. However, towards the end of the week CEO Vijay Shekhar Sharma said at an event that the PoS service had already been resumed.

Meanwhile, old currency notes get another lease of life – the government has announced that the notes will be accepted to pay for prepaid balance top-ups, among other things. This is only for Rs. 500 notes though – if you have Rs. 1000 notes, you’re out of luck, and will have to go deposit them instead.

(Also see: BlackBerry DTEK50 Review)
There were also a couple of other launches in India, including the Panasonic Eluga Mark 2, a VoLTE capable handset priced at Rs. 10,499, that comes with 3GB of RAM and 32GB of storage, powered by a1.3GHz octa-core MediaTek MT6753 processor. This week also saw the launch of the very budget friendly Intex Aqua E4, priced at Rs. 3,333, which also supports 4G VoLTE, with 1GB RAM and 8GB storage, along with a 2-megapixel camera.
At the other end of the spectrum, the OnePlus 3T with a Snapdragon 821 SoC is now available in the US. It is an upgraded variant of its OnePlus 3 (Review) flagship. The upgraded variant gets a faster Qualcomm Snapdragon 821 SoC, a larger 128GB storage variant, a higher resolution 16-megapixel front camera, and a larger 3400mAh battery battery.

(Also see: HTC Desire 10 Pro and evo 10 First Impressions)
Airtel also announced the launch of its payments bank – the first in India – with a pilot project starting things off in Rajasthan. The bank has a limit of Rs. 1 lakh, and it’s not offering debit or ATM cards, but it’s offering 7.5 precent interest and 10,000 Airtel stores in Rajasthan will serve as branches.

Meanwhile, if you’re looking for ways to get your hands on cash, Vodafone has also stepped up to offer some without making you take a trip to the ATM. According to the company, if you use the Vodafone m-Pesa wallet, you can withdraw money from any of its 120,000 outlets across the country. Please note that this does not mean Vodafone stores, unlike Airtel’s payments bank. This is specifically for Vodafone’s m-Pesa outlets – call 55400 from a Vodafone number, and you can get the location of nearby stores sent via SMS.
Vodafone also announced a new data plan – now, you can subscribe to 1-year’s data at Rs. 1,501 – for this, you get 15GB to start with, and then 1GB at Rs. 53, 2GB at Rs. 103, or 5GB at Rs. 256. The new data packs are currently available only for customers in the Tamil Nadu circle. Customers should note that the data offers are only valid on 3G data and Vodafone is only due to roll out 4G services in the Tamil Nadu circle by the end of this fiscal year.

Reliance Jio and Reliance Communications earlier announced a virtual merger, and this week RCom that much like Jio, it too will offer unlimited voice calling for Rs. 149, in a plan that also includes 300MB of data, which can be consumed over 2G, 3G, or 4G. Despite its similarities to the Reliance Jio plans, the new Reliance Communications unlimited voice calling plan does not require a 4G VoLTE-capable smartphone and works on any mobile phone. Though Reliance Jio is currently offering all of its services for free, the regular monthly telecom plans for the company will start from Rs. 149 as well.