starting yesterday (April 20) and is expected to go on sale in the next few days. So before you add it to that e-kart and proceed to checkout, read the review below. It’s a war out there when it comes to design. Thousands of smartphones are in a brawl to become the king of the ring. However, if you were to ask us, Nokia 7 Plus is one of the most beautiful piece of brick we have seen in the particular price tag. The review unit we received was the Black/Copper model, which appears stealthy but with a pinch of elegance, courtesy the copper accents on the rear camera and the sides. There is also a White/Copper variant if you’re able to maintain its look.

HMD has kept it simple with the Nokia 7 Plus’ plain black panel without any gimmicks such as a bezel-less screen, curved sides or the ‘notch’. What adds to 7 Plus’ look is the 6000 series aluminium build with ceramic-coating that seems plastic but is actually not. Sweaty hand users need not worry about the fingerprints and smudges on the back.

Unlike what we see nowadays, the smartphone doesn’t show any antenna lines blatantly at the back. What it does have is the ‘Nokia’ and ‘Android One’ logo at the centre and below along with a fingerprint sensor and the dual rear camera setup towards the top. Power and volume buttons are on the right and the left side is where the hybrid dual-SIM slot rests. Top and bottom have the 3.5mm headphone jack and a USB Type-C charging port besides a mono speaker. 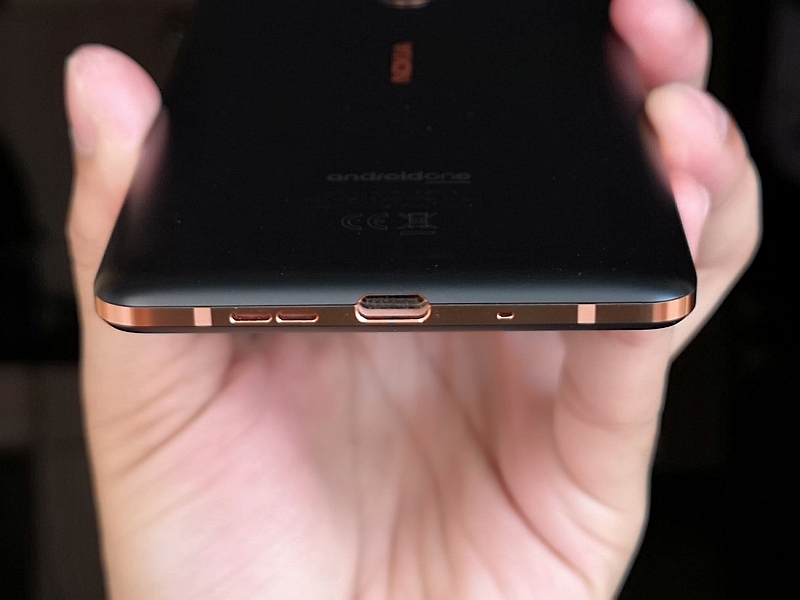 Some of the minor downsides here are that the device can prove to have a large footprint for someone with smaller sized hands and it can be slippery as well. But the metallic framing on the inside is likely to resist casual drops from a couple of feet.

Nokia 7 Plus is not really big in terms of display, at least in theory. It has a 6-inch full HD+ (1080×2160 pixels) IPS LCD screen, which sounds mediocre at the best but is not as bad as you think. For most routine tasks, it performs just fine and in some, even better. Yes, you don’t get super saturated colours, which some might say is fake, but still offers an overall good canvas to look at.

The Corning Gorilla Glass 3 is not the latest but does a decent job of preventing the screen from getting minor scratches in everyday use. However, we would still recommend you to get a screen cover for the device. Under direct sunlight, the screen is just bright enough to get the work done and in low light situations it goes comfortably dim.

In addition to this you get the usual set of tricks such as adaptive brightness, Night Light and Ambient Display controls (including when to show the notifications). One of the nifty features we found extremely useful is the double tap to wake up the screen. This comes handy particularly when the fingerprint sensor is at the back so you don’t have to pick up the device or press the power button every time to turn on the screen. 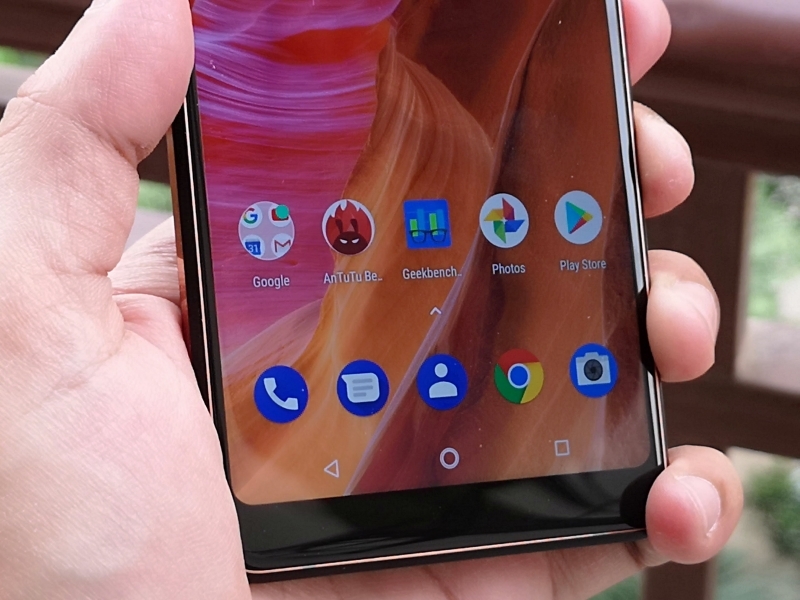 Although the handset falls in Google’s Android One umbrella, it won’t limit you in any way from anything (unless you are too much into customisations). The smartphone worked (and is still working) without giving the slightest hint of giving up in any way. Powering it is the Qualcomm Snapdragon 660, which is comparatively new and powerful enough to run graphics-heavy apps that too in a split screen mode.

Supporting the well-performing processor is 4GB LPDDR4 RAM, which given the price segment and the rest of the hardware specs, is enough to make the system run smoothly. In addition, the fact that the smartphone uses stock Android UI makes the experience even better as there is no bloatware or extra features like you get in other UIs by OEMs.

Running the smartphone through Antutu and Geekbench gave us decent numbers, nothing mind-blowing. On Antutu the 7 Plus received 140262, while in Geekbench single and multi-core performances it got 1640 and 5846 respectively. 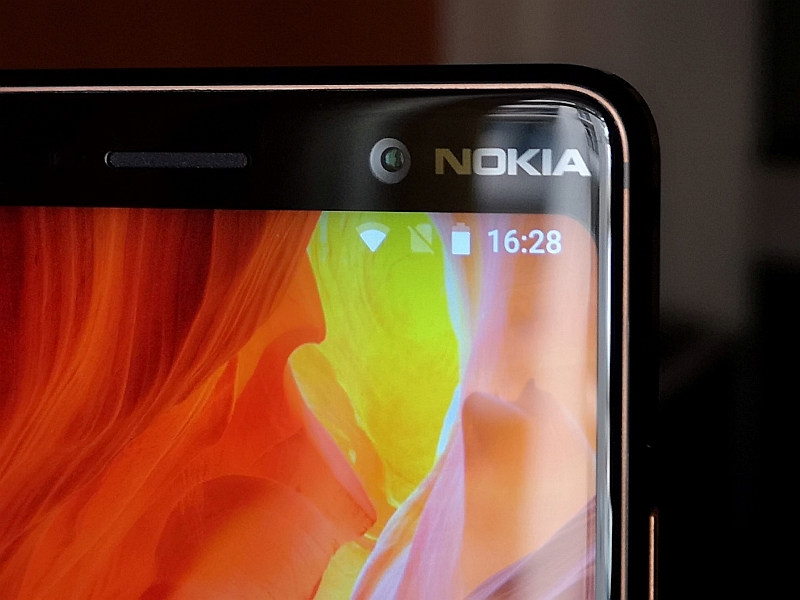 The camera is one of the strongest points of the 7 Plus. It manages to click some of the best shots no matter what. We shot several hundred images using HDR, Live Bokeh, Pro Mode and Panorama, only to see it performing better than our expectations. What makes the impressive performance possible are two rear cameras that boast of 12MP and 13MP sensors powered by ZEISS optics. The images shot in 2x zoom were better than what we have seen in others in the same class. Not just the f/1.7 aperture (12MP sensor) and f/2.6 aperture (13MP sensor) are quick to capture images, the autofocusing speed is also good.

Low light performance too won’t disappoint you not because of the low apertures but also due to the larger pixel size of 1.4um. The Nokia 7 Plus tries its best to keep the sharpness and the colours intact but in tricky situations, for instance while clicking in to 2x zoom in low light, it gives preference to colours over sharpness. The image becomes smooth in order to blend the noise.

The front-facing 16MP shooter was a delight to use. It doesn’t really click the real image but enhances it a bit to make it suitable for social media sharing. So those looking for an iPhone-like true image, don’t expect it. But you do get all the basic set of features such as Timer, HDR Auto, Flash and Bokeh. As is the case with Nokia devices, there is the iconic Bothie feature so you can make use of both the front and rear cameras on a single screen, shooting both sides of the handset at once. 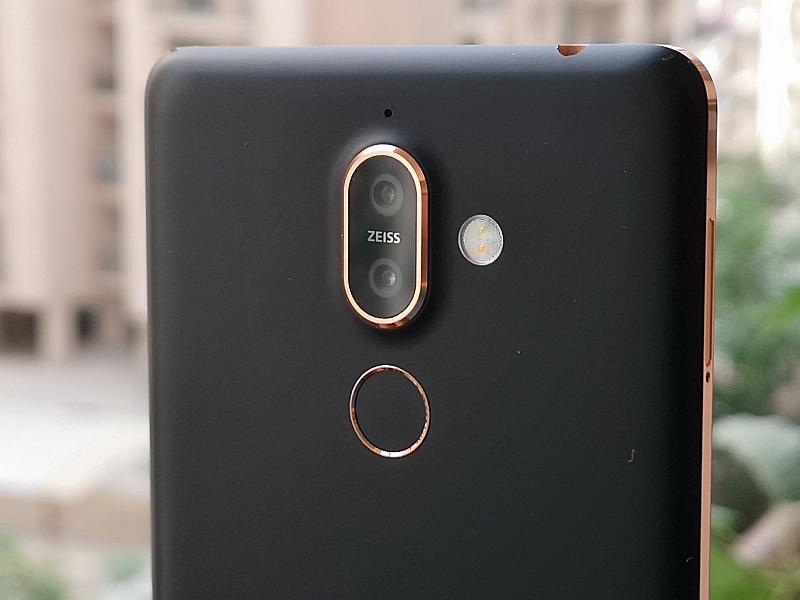 The battery is something HMD could have pitched as the smartphone’s USP while marketing it. The handset has one of the best and long lasting batteries seen in the sub-Rs 30,000 category handset. The 3800mAh capacity battery is actually more than that in the Samsung Galaxy S9 Plus. On an average usage that included everything from audio streaming to calls, games and more, the Nokia 7 Plus easily lasted for 12 hours. On a regular basis, the device gave us over 5-7 hours of screen time, which is impressive on its own.

What comes as a cherry on the top is the support for fast charging alongside nifty little power management tricks in the battery settings menu to increase the life. HMD claims the Nokia 7 Plus can run for up to 2 days but that’s in a controlled environment and ideal conditions. 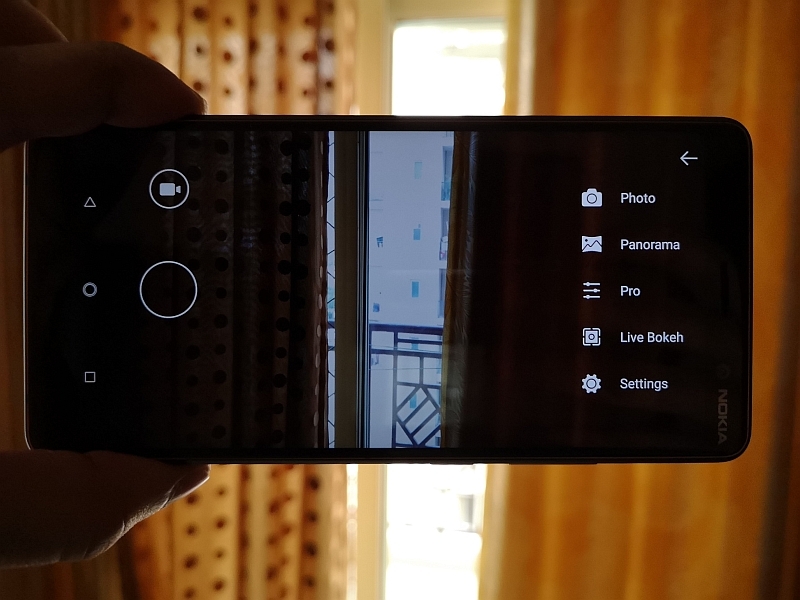 Verdict
For an everyday user this handset might just be the best horse to bet upon. This is not only because of the looks that make it captivating but also the set of specifications it delivers for that Rs 25,999 price. The 18:9 aspect ratio display is immersive, the operating system is bloat free and smooth, the processor is well performing, cameras perform well and the battery has its own plus points. If the smartphone was priced at Rs 22,000 or less, it would’ve cannibalized the market that is crowded with all the Motos and Honors at the moment. But until that becomes a reality, you can really consider this as a dependable smartphone that strongly implies it won’t go unnoticed without making a mark. 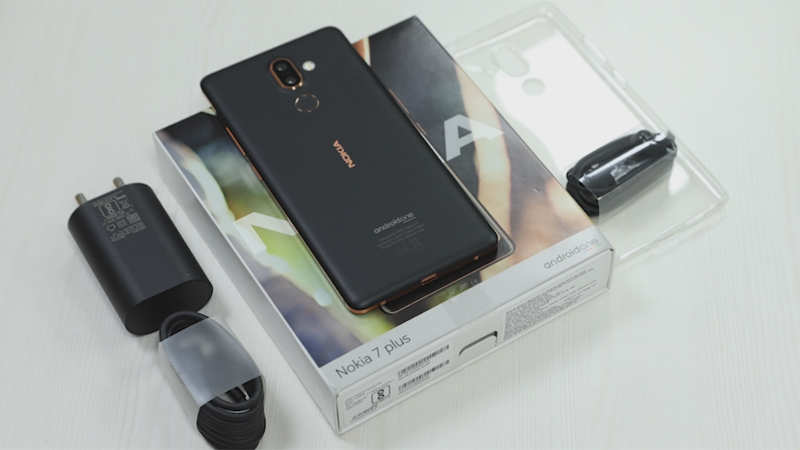