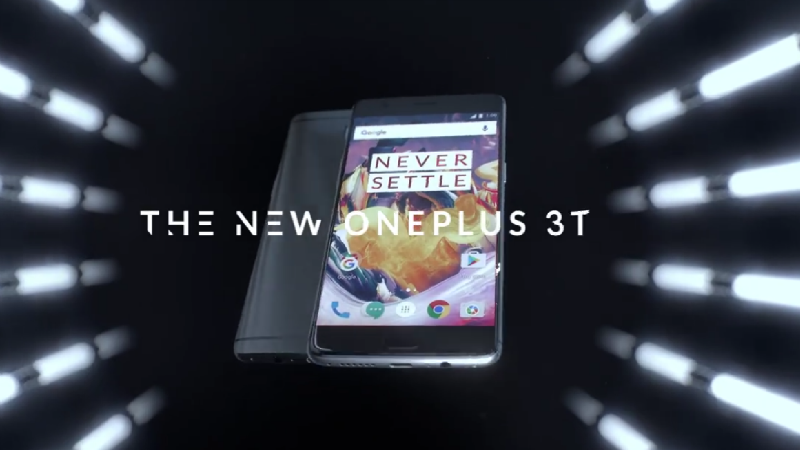 In the big technology news today, OnePlus 3T India launch date finally announced, iPhone 8 may have 3D photography feature, and HTC 10 starts getting Android 7.0 Nougat. For these and more of today’s top technology news, check out your 360 Daily.

OnePlus 3T smartphone launching in India on December 2
OnePlus 3T, the new flagship smartphone of the Chinese brand, will hit the Indian market on December 2, the company has announced. There is no official word on the smartphone’s price yet, which costs $439 (roughly Rs. 29,800) for the 64GB version and $479 (Rs. 32,500) for the 128GB model. The company had previously confirmed to Gadgets 360 that it will continue selling the OnePlus 3 (Rs. 27,999), which is just five months old, in the Indian market; on the other hand, the new OnePlus 3T has replaced its older sibling in the US and Europe.

As a consolation for OnePlus 3 buyers in India, the smartphone has received a new incremental updatethat has added the emergency calling feature. The smartphone also gets full-HD (1080p) recording at 60fps with the new OxygenOS 3.2.8 update.

Apple working on bringing 3D photography to iPhone 8
Apple is reportedly planning to bring 3D photography to iPhone 8. The company is said to have partnered with LG Innotek to add a dual-camera setup to the next iPhone to capture 3D imagery. The report says that the efforts are “likely to bear fruit within the next year.” iPhone 8 is also said to come with features like wireless charging and all-glass design.

Mobile industry to account for 8.2 percent of GDP by 2020
A government report has said that the contribution of the mobile industry to India’s Gross Domestic Product (GDP) will rise to 8.2 percent by 2020. The industry will also add 8,00,000 more jobs during the period, says the ‘The Mobile Economy, India 2016′ report. At present, the industry accounts for 6.5 percent ($140 billion or roughly Rs. 9,60,783 crores) of the country’s GDP, and employs approximately 4 million people. India is also expected to cross 1 billion unique mobile subscribers landmark in 2020.

Xiaomi says shrinking sales won’t hurt
Declining smartphone sales are not a cause of concern for Xiaomi, whose global vice president Hugo Barra said that sales of smart home devices and revenue of software ecosystem will drive its profit growth. He added that the company is targeting Chinese users travelling to the US, and is preparing to directly sell its products to consumers in the US. The company, which missed its smartphone sales target by 12 percent in 2015, will also unveil a device at the Consumer Electronics Show in Las Vegas in January.

HTC 10 starts receiving Android 7.0 Nougat update
HTC 10 users will start receiving the Android 7.0 Nougat update for the smartphone on Friday, according to the HTC’s Vice President of Product Management Mo Versi. The HTC 10 Nougat OS updateis for unlocked smartphones only for now, and comes with Sense UI customisations. Considering that Versi didn’t mention any particular region for the rollout, it can be assumed that the company will be rolling out the Nougat update globally.

Google warning journalists about state-sponsored attacks on their accounts
Google has reportedly notified notable journalists and professors in the US that their accounts were under attack by government-backed attackers. The prominent personalities warned by Google include New York Times columnist and Nobel Prize-winning economist Paul Krugman, New York Magazine reporter Jonathan Chait, former US diplomat and Stanford University professor Michael McFaul, GQ correspondent Keith Olbermann, and Atlantic magazine writer Jon Lovett. Speaking to Ars Technica, a Google spokesperson said that the recent warnings might be a result of the hacking attempts made on user accounts over the last month or so.