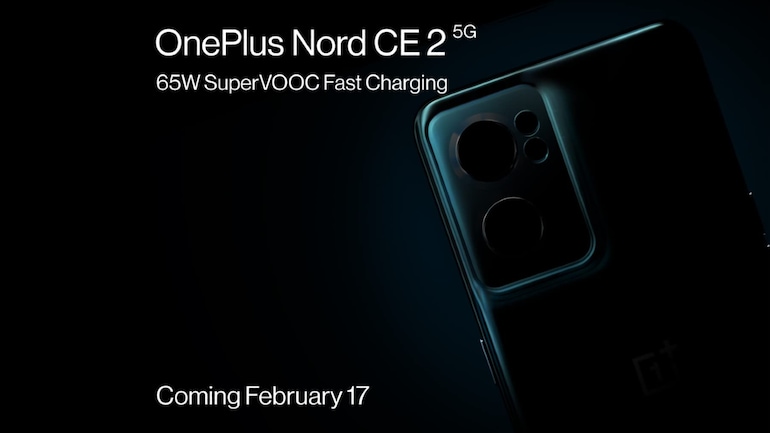 OnePlus Nord CE 2 is the next device in the brand’s launch pipeline, and is set to be unveiled on February 17 in India. A week prior to its launch, OnePlus is already teasing the device on its several social media handles. Along with that, Amazon has also put up a dedicated page revealing some details of the upcoming OnePlus phone.

For those unaware, the Nord CE 2 will come as the successor to the company’s most affordable offering – the OnePlus Nord CE, which was launched in June last year. The device will be offered in a refreshed design teasers reveal. Also, it will get 65W fast charging support, up from 30W charging on the OnePlus Nord 2. There are also rumours that OnePlus may switch to a MediaTek chipset.

Here is what we expect to see on the OnePlus Nord CE 2 next week.

While OnePlus hasn’t revealed all the details, leaks have helped us know plenty about the smartphone already. The company unveiled the design of the smartphone in a recent teaser. In the video, OnePlus Nord CE 2 can be seen featuring a rectangular camera module with triple rear cameras and an LED flash. The power button is placed to the right and the volume buttons are to the left. At the bottom lies a USB Type-C port and a 3.5mm audio jack. At the front, there’s a punch-hole display.

–The specifications of the OnePlus Nord CE 2 have also been tipped in a bunch of leaks. As per these, the phone may feature a 6.43-inch AMOLED panel with a 90Hz refresh rate. It could be powered by an octa-core Dimensity 900 chipset based on a 6nm manufacturing process and clocked at 2.4GHz. OnePlus Nord 2 CE is likely to be offered in multiple configurations with the top model getting up to 12GB RAM and 256GB of storage.

— The OnePlus Nord CE 2 is expected to feature a triple rear camera setup with a 64-megapixel primary camera, an 8-megapixel ultra-wide lens and a 2-megapixel macro lens. While at the front, it may get a 16-megapixel sensor for selfies.