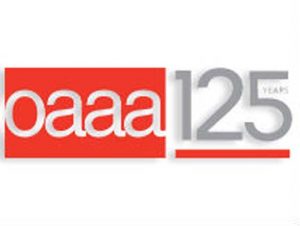 The Outdoor Advertising Association of America has just released a new white paper that demonstrates the value of OOH media in a world where digital’s effectiveness and trustworthiness has been “thrown into question.”

“This is What Reality Looks Like,” written in partnership with agency of record Partners NYC (PNYC), will be made public as 4A’s Transformation 2016 kicks off in Miami, and is a comprehensive analysis of the OAAA’s widely covered Feel The Real campaign.

“With Feel The Real, we conducted a two-month-long experiment to prove the immense value of OOH while communicating its power and purpose,” said Stephen Freitas, Chief Marketing Officer at OAAA. “I believe these results will spur much needed conversation in our industry.”

Launched at Advertising Week 2015, Feel The Real saturated New York City and 20 major markets nationwide with over 1,400 unbranded OOH units, both digital and traditional. OOH ads were deployed at eight different levels of targeting, narrowing in on media agencies and even individuals with over 280 custom messages.

All ads drove traffic to www.feelthereal.org, with a remarkable 40 percent of visitors falling into OAAA’s core target, marketing and advertising professionals, and 85 percent of visitors accessed the site, primarily through mobile, after seeing an OOH ad in the real world.

“In today’s world of ubiquitous camera phones and social media, targeted OOH can be a powerful way to generate significant — and 100% bot-free — digital engagement,” said Ted Florea, Chief Strategy Officer at PNYC. “I think this report will inspire media planners and creatives to see OOH as playing an essential role in digital media plans.”