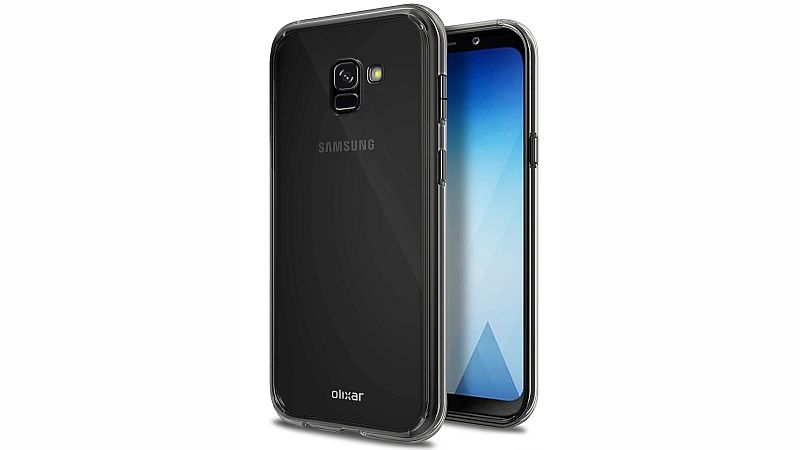 Samsung’s Galaxy A-Series will be getting Infinity Display modules next year, claims a new leaked case render. Samsung Galaxy A5 (2017) successor has been spotted in a host of leaked renders giving glimpse of the design of the smartphone. To recall, the smartphone was recently spotted on certification sites alongside the Galaxy A7 (2018).

Sammobile has shared case renders of the alleged Samsung Galaxy A5 (2018) smartphone showing the display with an aspect ratio 18:9, finally going in-line with the flagship Samsung Galaxy S8. The leaked renders also shows the placement of fingerprint scanner being shifted to the back of the device.

In terms of overall design, the alleged Galaxy A5 (2018) will be sporting rounded corners and will be featuring single-camera module at the back. The right panel of the alleged Galaxy A5 (2018) packs the power button while the left houses volume rockers. There’s an additional button at the left panel. The transparent case made by Olixar show different colour shade and doesn’t reveal the exact exterior design.

The Galaxy A-series smartphones, the Samsung Galaxy A5 (2017) and Galaxy A7 (2017) were launchedat CES in January this year. We can expect the successor to launch during the CES 2018. The Samsung Galaxy A (2017) series smartphone came with IP68 dust and water resistance, apart from a metal frame and 3D glass back panel that featured the company’s premium design heritage.