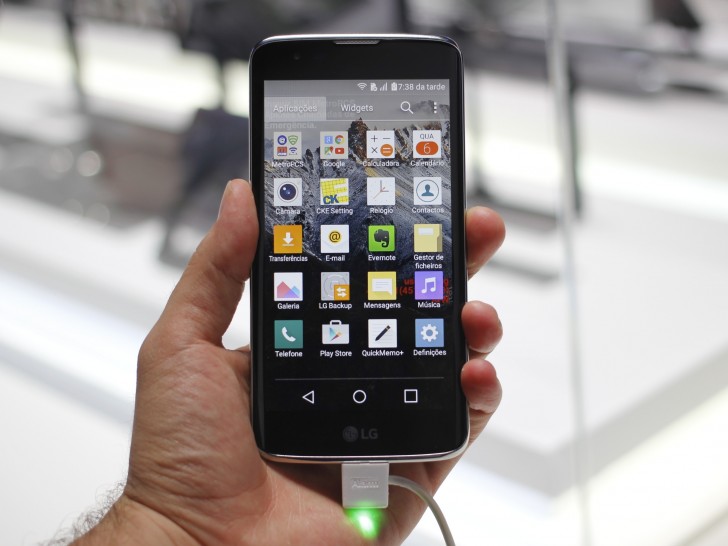 T-Mobile listed the LG K7 today for $139.99. The handset was unveiled at CES 2016, back in January, along with its higher-end sibling, the K10, which is yet to be spotted in a listing. Both set the tone for the Korean giant’s new “K” line of budget-friendly handsets and at $140, the K7 does sound pretty affordable.

It’s specs, however, are rather underwhelming, especially by 2016 standards. It comes with a 5-inch 854×480 touchscreen, a 2,125 mAh battery, a 5 MP selfie shooter, and Android 5.1 Lollipop. All the other specs vary depending on whether you get the 3G or the LTE version.

Luckilly, T-Mobile is offering the latter, which does run on a Snapdragon 210 SoC with 1.1 GHz, quad-core CPU and 1.5 GB of RAM. Storage is set at 8GB with up to 32GB extra via microSD and the main shooter is 5MP as well, while other versions are said to feature an 8MP one.

Both K series devices have LG’s new “glossy pebble” design language, which employs a “curved, modern finish aimed at a younger audience”. They both have 2.5D curved glass on top of their displays and the body of the LTE K7 up on offer at T-Mobile is in a “Titan” hue.