Gionee’s Elife E8 smartphone, which was made official back in June this year, could be launched in India next week. The information comes courtesy of a teaser (shown below) revealing a new phone launch in the country’s capital of New Delhi on October 8. 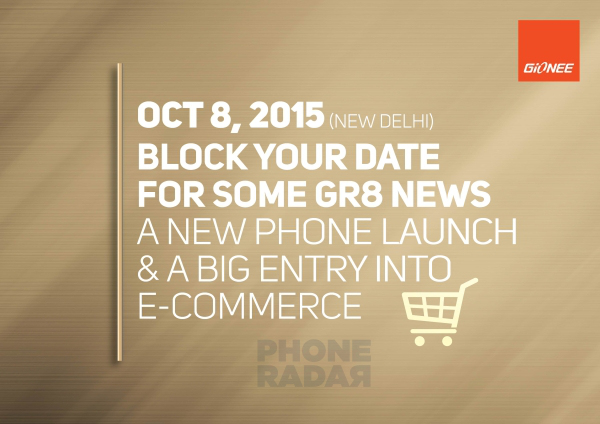 Specs-wise, the device is powered by a Mediatek Helio X10 chipset with an octa-core processor clocked at up 2GHz, and a PowerVR 6200 GPU. It sports a 6-inch QHD display, comes with 3GB of RAM and 64GB of internal memory, and packs in a 3500 mAh battery.

In terms of camera, the Elife E8 features a 24MP rear unit and an 8MP front shooter. It runs Android 5.1 Lollipop-based Amigo 3.1 OS, and also includes a fingerprint scanner on the back. The smartphone could be exclusively sold online given that the teaser also mentions Gionee’s entry into the e-commerce market.
[“source-gsmarena”]