The vivo NEX 2 will likely have 10GB of RAM and a Snapdragon 845 chipset. The information is confirmed by a Geekbench listing of a vivo V1821A device with the aforementioned credentials. Interestingly the vivo in question is also running Android 9 Pie, which would make it the first vivo smartphone on Android’s latest software.

According to a related leak, the main camera on the back of the vivo NEX 2 (one of three) will have an ultra fast f/1.3 aperture – claiming the spot of the smartphone with the widest aperture around.

As for the screens, rumor has it the main screen will be a 6.59-inch panel with screen sound casting tech (meaning you’ll hear calls through the screen itself, like on the first-gen vivo NEX) while the second display will be a 5.5-incher that will work independently. We know how vivo intends to switch between screens – with a three-finger gesture. 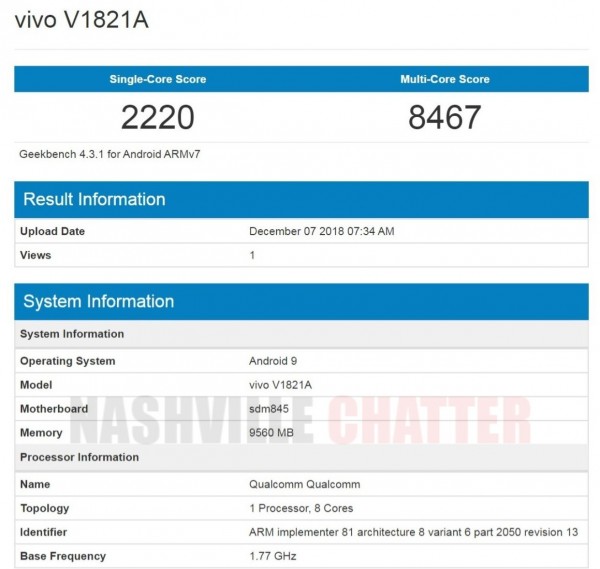 Finally the vivo NEX 2 will apparently come with a smaller battery compared to its rival. This could be due to the space required for the second screen. Of course the information could also be false.