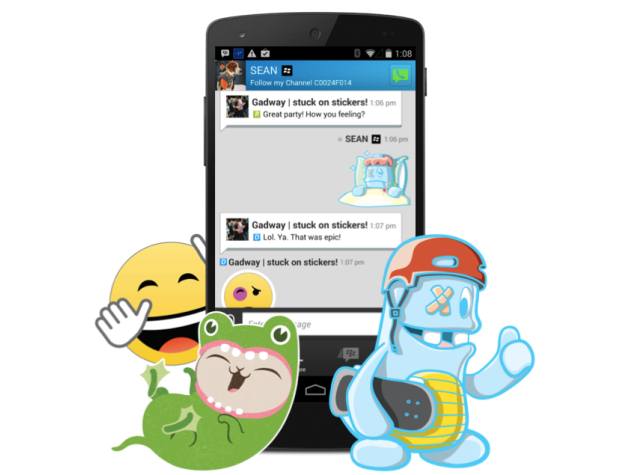 “We’re focused on making your BBM chats more fun with the addition of stickers, available in the new BBM Shop!”

The company says that many of users’ favourite emoticons will be available via a free BBM sticker pack. Apart from that, new stickers can be purchased and downloaded through the new BBM shop where additional sticker packs are on offer. Each sticker pack contains 20-25 stickers relating to a theme or a character like CosCat, Gilbert’s Tales, Bubble Bot and more. Some of the stickers will include popular characters from television shows or movies.

“Unlike emoticons, stickers are bolder, more beautiful images that you can add right in to your chat.”
Recently, the company rolled out the BBM app for Android 2.3 Gingerbread-running smartphones. The app was earlier only available for devices running Android 4.0 Ice Cream Sandwich or higher.
Earlier, the company released BBM 2.0 update for iOS and Android to bring channels and voice calling support.