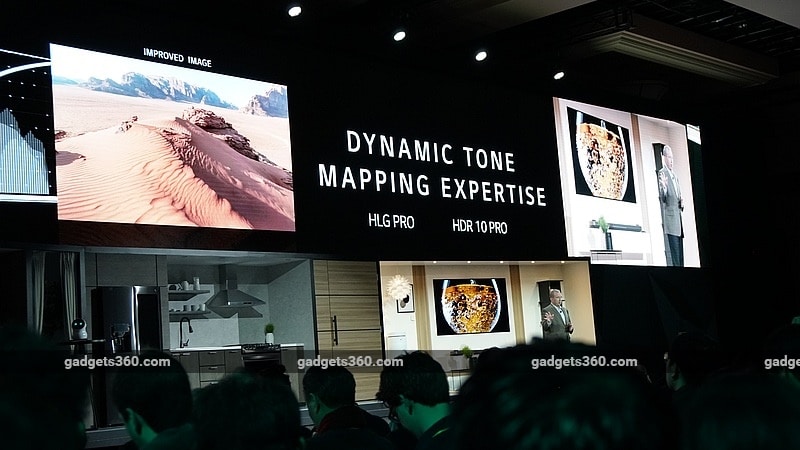 Before CES officially kicks off on January 9th, major tech companies show off their best laid plans and the overall focus for their products in the year to come, a day or two before. LG kicked things off with a keynote addressed by I.P. Park, Executive Vice President and CTO, LG, who stated that the company’s ThinQ AI will be the central focus for all its products in 2018. LG announced ThinQ as its global artificial intelligence (AI) brand that’s based on three characteristics – the ability to evolve, integrate with everyday products and be open to work with others. Park talked about how LG’s products like its air conditioner, would adapt and learn the temperatures you generally prefer, cleaning robots in the home would be able to learn and decipher objects like your pet dog, for instance, and navigate around them, or in the future, the ThinQ AI in your car’s dashboard will be able to automatically adjust the AC, play your favourite music, etc. All of LG’s products in 2018 will have Wi-Fi and would be IoT ready. 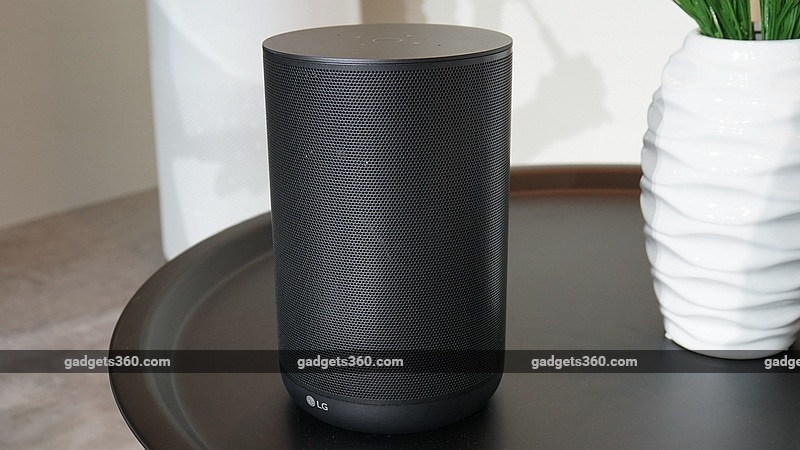 LG is also working with Google and Amazon to integrate their AI assistants into its products, although Park said the company is open to working with others too. Although we didn’t get a demo of any Amazon-powered devices on stage, we were shown a demo of LG’s OLED TVs with Google Assistant, being able to talk for other ThinQ-powered devices in the home. For instance, you should be able to summon Assistant on your TV and ask it to switch on LG’s air purifier or adjust the temperature of the AC. This way, the products use Assistant’s voice recognition capabilities but are able to communicate with other LG products through ThinQ AI. Scott Huffman VP, Engineering, Google Assistant, took to the stage to talk about Google’s partnership with LG in products like the upcoming ThinQ AI speaker, a new LG Tone Active headset which will have a dedicated button for Assistant.

David VanderWaal, Vice President Marketing, Home Appliances & Consumer Electronics also gave us a quick demo of how an LG-powered smart home would look like. Using LG’s CLOi’s home robot, VanderWaal showed off how one would be able to control various appliances in their home (although CLOi stopped taking commands after the first one during the live demo). “2018 will be the tipping point for the smart home,” said VanderWaal. We also got to see a bunch of concept robots in action which would be used for commercial purposes like delivering your morning paper in a hotel or helping you carry your groceries in a shopping mall. 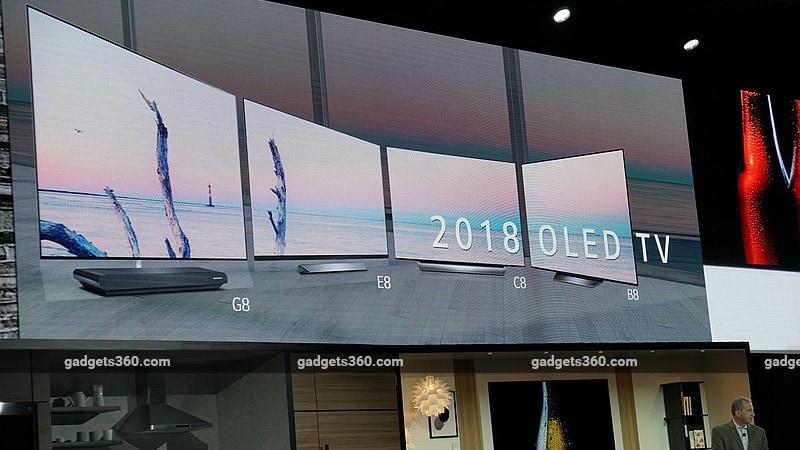 Finally, Tim Alessi, Vice President Marketing, talked about LG’s new OLED and Super UHD TVs for 2018. The new OLED series will include the G8, C8, E8 and B8 series of televisions which will range from 55 to 75 inches. The new OLED panels will be powered by LG’s new Alpa 9 image processor which claims to offer 50 percent more processing power than the 2017 models. This power is being used to improve image quality, which uses a four-step process now to improve noise and for smoother gradation in colours to avoid banding. It also uses an object-based image enhanced instead of edge based that most others used, for sharper pictures. The new OLED models are also said to have better colour accuracy, which LG claims to be over seven times better compared to its 2017 models. New features include support for higher frame rates (HFR) up to 120fps, 4K Cinema HDR which will support Dolby Vision, Advanced HDR by Technicolor, HLG and HDR 10. They are also said to offer Dynamic Tone Mapping through the support of HLG Pro and HDR 10 Pro. The company’s 2018 line of LED TVs will feature NanoCell technology with IPS and all 2018 models will have full-array local dimming LEDs. These new televisions will be powered by LG’s Alpha 7 image processors.

Disclosure: Intel sponsored the correspondent’s flights and hotel for the trip to CES, Las Vegas.