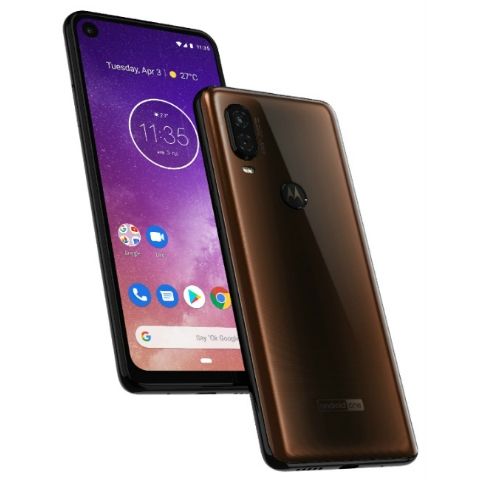 Motorola recently announced its new Android One smartphone, the Motorola One Vision, in Brazil and it seems to be gearing up to launch “another premium device” in India. The smartphone maker has sent media invitations for an event that is being hosted on June 20. It could launch the Moto One Vision at the event, which, going by its specifications and Brazil pricing, is a mid-range handset. Highlights of the phone include a punch-hole camera display design that we’ve already seen on phones like the Samsung Galaxy S10 series. While the handset gets a 6.3-inch Full HD+ LCD display, it has an aspect ratio of 21:9 like the Xperia 10 and the Xperia 10 Plus.

The Motorola One Vision is powered by a 2.2 GHz octa-core Samsung Exynos 9609 processor, which is paired with 4GB RAM and 128GB of expandable internal storage. The handset features a 6.3-inch Full HD+ LCD display with a 21:9 display aspect ratio and 1080×2520p resolution. This wide aspect ratio is called CinemaVision display by the company. The handset sports a 3.5mm audio jack and runs on Android Pie. As the device is a part of Google’s Android One programme, it is expected to receive timely security and OS updates.

In terms of optics, Motorola One Vision features a 48MP rear camera with a Night Vision mode and an f/1.7 aperture lens. The phone’s camera also supports Optical Image Stabilisation (OIS) and Quad Pixel technology that bins four pixels into one large 1.6µm pixel. This is said to help capture sharper and brighter photos. The primary camera is supplemented by a 5MP depth sensor that is paired with an f/2.2 aperture lens. On the front, it sports a 25MP selfie shooter with 1.8µm Quad Pixel technology and is equipped with an f/2.0 aperture lens. The handset is backed by a 3500mAh battery with 15W TurboPower fast charging and Motorola claims that the phone can deliver up to 7 hours of usage with 15 minutes of charging.

The Motorola One Vision was launched in Sapphire Blue and Bronze colours. The smartphone was announced for 1,999 Brazilian Real (Rs 35,600 approx), and in Saudi Arabia and Thailand it is priced at €299 (Rs 23,300 approx). The handset is expected to be priced similarly in India, possibly even lower than the price tag it carries in Thailand.