Motorola may not have the charm it used to have back in the days but the Lenovo-owned company does come out occasionally with some great hits. Last year, we saw the quite amazing Motorola One Power that, apart from offering a stock Android interface and a notched-display, impressed us with its mega 5000mAh battery. Since then, Motorola fans have had to wait through the rather disappointing Motorola G7 series before the Motorola One Vision showed up just a few weeks ago.

The Motorola One Vision has got many things right on paper. It boasts of a first-in-class 21:9 display, absolutely stunning design and the trendy 48-megapixel camera at the back. And when you consider the price of Rs 19,999, it sounds reasonable as well. However, even if you have a soft spot for Motorola due to all the cool phones it made in the past, you can’t ignore how it fares to the competition nowadays, given that there are some exceptional phones for the same price and some utterly brilliant ones are coming soon.

Hence, I picked up the One Vision bathed in a shimmery yet subtle shade of brown and used it as my primary phone since it launched. And boy, I was left stunned.

Let’s not stretch here unnecessarily — the Motorola One Vision is unarguably one of the most beautiful smartphones in 2019. This phone just has a presence so unique that you won’t mistake it with anything else once you have seen it. Everyone is doing glass bodies these days with wild gradient colours but Motorola pulls a class act with the One Vision. Whichever colour you choose, the colour-black-colour gradient has been done in a tasteful way. While the blue is good, I fell in love with the Bronze that flaunts its chocolate brown shades on the edges. The reason why this phone looks so unique is due to its 21:9 display which is narrow and taller, thereby giving the phone an attractive profile. At the rear, you will find a big dual camera housing positioned off-centre and a fingerprint sensor that has the Motorola logo etched in itself — the latter makes me go weak in the knees. The rear glass panel has 4D edges which makes the phone easier to hold. The frame also has a slight curvature to fit perfectly in the palm — don’t believe the smooth and glossy surface to be metal — it’s plastic.

The front has a long and narrow display with slim bezels and a fat chin — thanks to the LCD screen. Following the 2019 trend, there’s a hole-punch cutout for the front camera that’s oddly big and in my opinion, doesn’t fare better than a notch. The cutout isn’t done tastefully as you can see the backlight from extreme angles. However, the big cutout does make the phone look cute, like a toy (is it me only or do you agree?)

If I had to pick phone solely based on the looks now, it has to be the One Vision — Motorola does know how to appeal to the fashion-conscious when it comes to gadgets.

At the launch, Motorola was proudly boasting about the 21: CinemaVision display. With an aspect ratio of 21:9, it does make watching any video or photo a more immersive experience. Despite the noticeable bezels and the oddly big cutout, the 6.3-inch display makes watching YouTube videos or cricket matches satisfyingly different. However, there’s one major issue here — the quality of the screen. Despite OLED panels becoming the norm in 2019, many companies still do impressive LCD screens. The one that’s used by Motorola is rather average. The colours and contrast are decent — I had to keep the colour settings in the Saturated colour profile to keep things looking interesting. Even then, the picture quality at times somehow appears as if it has been whitewashed lightly. I wish Motorola fixes this with future software updates.

With a Samsung brain, fast and smooth is for everyone

When we learnt Motorola is using a midrange Samsung Exynos chip for the One Vision, it did raise eyebrows. We have seen Exynos chips in Samsung phones to perform decently– just not as great as its counterparts from Qualcomm. Therefore, Motorola using an Exynos chip on its midrange phone for India even with stock Android did rise a lot of question marks. Well, get ready to be shocked.

I don’t what sort of trickery has Motorola done under the hood but if it has worked hard on optimisation, then the whole industry should take note. The Motorola One Vision with its 2.2GHz Exynos 9609 chip is one of the smoothest phones I have used this year. With its stock Android 9 Pie interface sprinkled with Android One design choices and Moto Experiences, this is one of the most interesting looking stock Android phones I have seen recently. 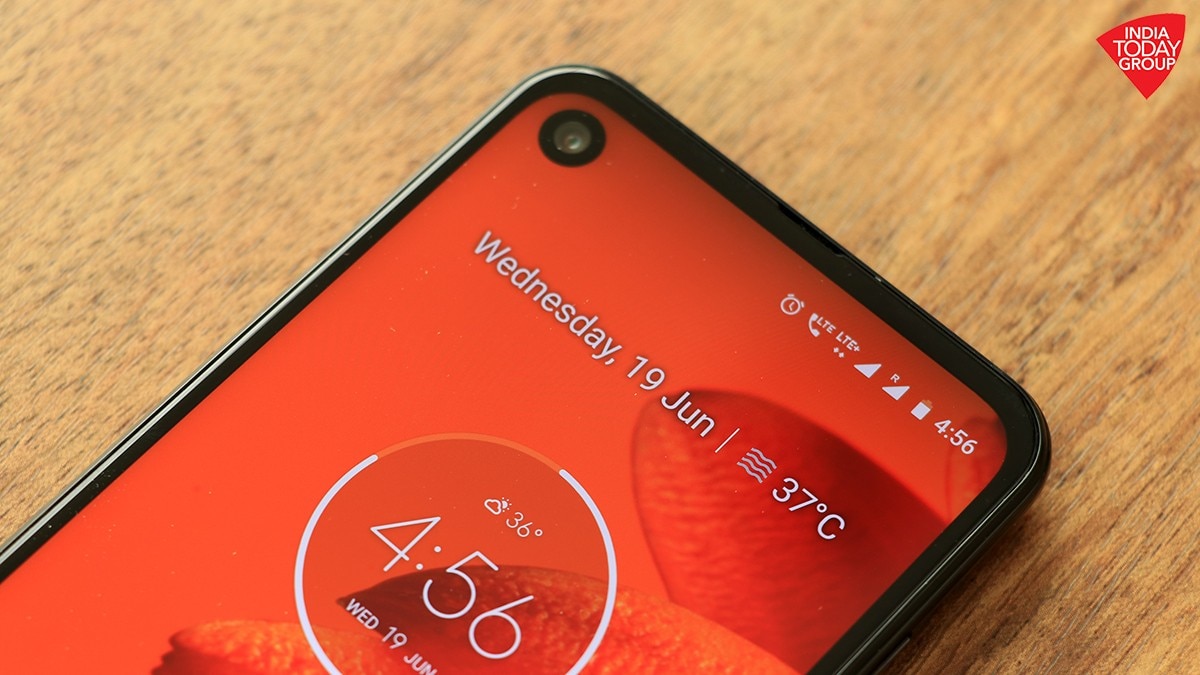 There have been days where I was using the phone heavily, making a lot of calls, frivolously texting on Whatsapp, preparing long text copies on Gmail and keeping 4-5 tabs opened in Chrome. Despite all the load, the phone never struggled to keep up with the pace and it was just there doing things that I asked it to. The Exynos 9609 being a mid-tier chip meant that at times, the delays were noticeable but I never witnessed a lag, The experience is very similar to what I experienced on the Google Pixel 3a a few weeks ago.

I also did some gaming and this is where the One Vision surprised. I regularly kept playing PUBG MOBILE on High settings daily for more than an hour and the phone never gave up the performance — the apart from occasional frame drops, never did it cause me to lose the game or heat up the phone uncomfortably. The performance was also the same for Asphalt 9, F1 Mobile Racing and others.

While the stock Android interface made it an easy task to live with the phone, the Moto experience made it a joy to use. The Moto Display is my favourite feature that shows all new notifications in a sort of Always-On display style interface on the lockscreen and if you hold an icon, you get to see the contents. Motorola’s custom gesture navigation proved itself to be more useful than Android Pie’s stupid pill-based gesture.

Everyone is doing glass bodies these days with wild gradient colours but Motorola pulls a class act with the One Vision.

Sadly, Android 9 Pie isn’t optimised for hole-punch cutouts which means the notification bar on top is thicker than usual. Also, many third-party apps are yet to adjust to the new layout which means you might often see content hidden behind the cutout. Maybe the Android Q update could do something about it.

You might have seen Motorola talking a lot about the camera performance in the commercials. The One Vision, like any other Android phone, joins the 48-megapixel bandwagon by getting a Samsung-made GM-1 sensor in the primary slot and a secondary 5-megapixel depth sensor. At the front, there’s a 25-megapixel camera. Both the front and back cameras do pixel binning to get more light data but the results speak otherwise. In daylight, the Motorola One Vision takes good looking photos. The dynamic range is decent which means colours look good and the contrast is adequate. However, the camera throws up a reddish tone on the photos to try to make the colours lively and that isn’t desirable. Especially on human subjects, the skin tones appear redder than the usual. Plus, the photos don’t have enough sharpness, which is weird considering the camera hardware on offer. The camera algorithms do a fine job with portrait mode photos but the subject separation doesn’t work well consistently. And the reddish hue on the subject will often make you avoid taking portraits often.

At night or in low light, the camera struggles massively with colour accuracy and sharpness. Sometimes, the photos simply can’t be good enough to use on social media. Thankfully, the Night mode is a saving grace and it works really well. The Night mode sharpens up the photo by a huge margin and tries to keep up with the natural colours. In fact, for a phone under Rs 20,000, the One Vision’s Night mode works impressively. Just don’t compare it with the Google’s Night Sight — the Pixel phones do a far better job with colours.

As with selfies, the One Vision can’t impress highly here as well. Motorola says it uses Pixel Binning to get a 6-megapixel photo with better details. The selfies, however, come out blurry with no sharpness. The camera app tries to keep the colours lively but the lack of sharpness doesn’t work.

The overall camera performance is below-average, except for the Night mode. The Redmi Note 7 Pro does a far better job in photography in most conditions. Motorola hasn’t told us anything about an impending update to the camera but if this is what it will be like in the future, the One Vision could lose out to much cheaper phones in this regard.

One Vision’s battery is good for one day

The One Vision has a promising 3500mAh battery but in real life, it just manages to get to the end of the day under normal usage. And this is without playing games — the one-day battery life is courtesy of a usage scenario that includes lots of calls, texting, one-hour YouTube sessions, social media browsing and streaming music. The 15W Turbo Power charging tops up the battery from 10 per cent within two hours. 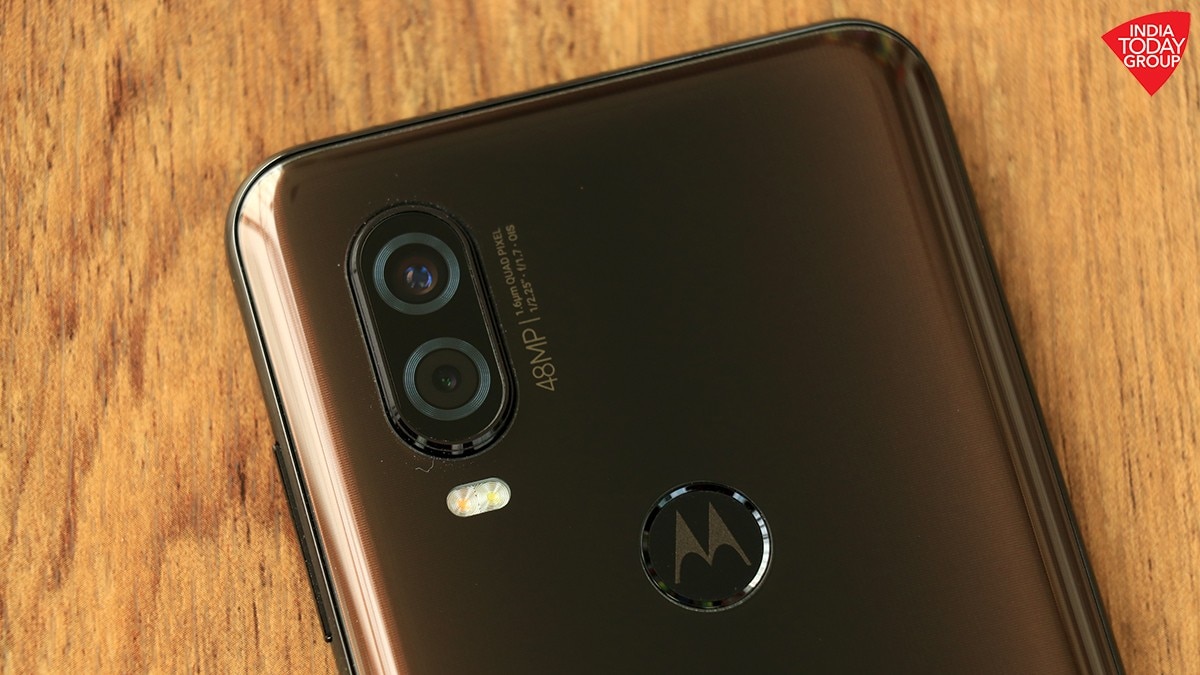 As reviewers, there are so many things that we have to keep in mind before delivering a verdict on a smartphone. Most of the time, phones earn recommendation due to the value and features they offer for the price, excluding the flagship ones that lead the way for budget phones. If I had to judge the One Vision solely based on features, it may not fare well with many phones that are priced cheaper than this. The battery life is just average and the cameras, despite packing some intelligent technology, don’t perform as expected — may be an update could fix this. Even the display, which is the One Vision’s highlight, isn’t great — the LCD panel performs average and the oddly big hole-punch cutout for the camera does more harm than the old trusty notch.

So, should you buy it? If you care about specifications, you may look elsewhere. However, in the One Vision, Motorola has unknowingly delivered a phone that works great as a phone — a phone. I have never found cheaper Android One phones stable but Motorola has optimised it for smooth performance on an everyday basis. The optimisation shows the true potential of the Exynos 9609 chipset and it can keep up with a demanding user, and even do gaming impressively. And on top of that, the superb ergonomics kept me coming back to the One Vision from more expensive phones again and again.

So, if you value a great user experience over the camera and lofty specifications, you should consider the Motorola One Vision. It’s a great phone’ that will make you keep using it.