HMD Global is holding two events on June 6, one in India and the other in Italy. It was previously speculated that the two events would see two different launches – Nokia 6.2 aka Nokia X71 in Italy and Nokia 9 PureView and Nokia 1 Plus in India. However, HMD’s teaser for the India event suggests the Nokia 9 PureView and Nokia 1 Plus won’t be launching on June 6. Instead, the launch event in India could also see the Nokia 6.2.

The Nokia 6.2 is rumoured to be the global variant of the Nokia X71 that launched in Taiwan a few weeks ago. The Nokia X71, to recall, is the company’s first smartphone to come with a punch-hole display and a 48MP triple camera setup. In addition to this, it brings a premium glass design and a Snapdragon 660 chipset, although rumour has it that the global model may come with dual cameras and a Snapdragon 632 processor instead.

Here’s a quick look at what we know about the Nokia 6.2 ahead of its possible launch on June 6.

As rumours have suggested, the Nokia X71 will most likely launch as the Nokia 6.2 in markets outside China. This in turn means that the phone will succeed last year’s Nokia 6.1. HMD’s Nokia 6-series phones have been quite popular so far as they have usually managed to bring a combination of premium design, good hardware at affordable prices.

As the Nokia 6.2, we expect the design on the outside to be almost identical to the Nokia X71. This means you can expect an edge-to-edge display with a punch-hole cutout for the selfie camera. It will also get glass panels on the front and back with a solid metal frame in between.

Arguably the biggest draw will be the display. Like Samsung and Honor, HMD Global has also taken to the punch-hole design this year. The Nokia 6.2, if it is in fact the Nokia X71, will bring a notch-less display that sees a hole on the top left corner. While the Nokia X71 offers a tall 6.39-inch FHD+ display, it is rumoured that the Nokia 6.2 will come with a slightly smaller 6.2-inch display. 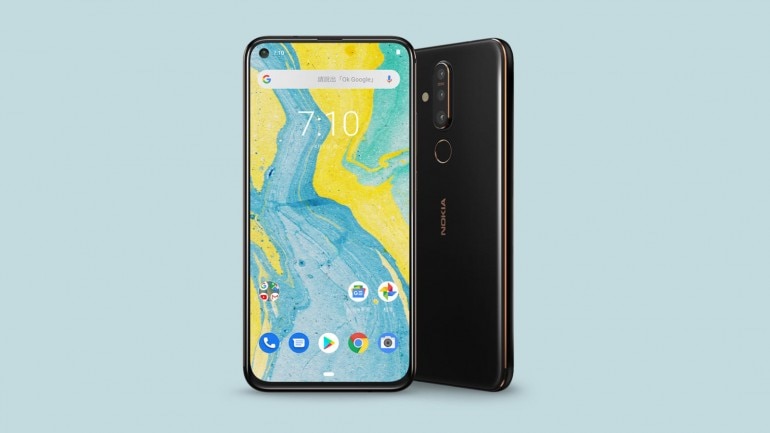 Like the Nokia 3.2 and Nokia 4.2, the Nokia 6.2 is also expected to come with LED power button breathing light on the side of the frame that glows whenever receive a missed call or an unread message. The global variant of the Nokia X71 may also get a dedicated Google Assistant button as HMD has expressed plans to make these unique buttons mainstream on Nokia phones going forward.

Another speculation is that the Nokia 6.2 may not get a triple camera setup like the Nokia X71. While we expect the same 48MP Sony IMX586 primary camera, the Nokia 6.2 is said to come with only a secondary camera that could either be for depth sensing or an ultra wide-angle lens.

HMD’s teaser also seems to suggest a dedicated Night Mode for the upcoming Nokia phone that would help in low-light photography. Most smartphone OEMs are offering some form of night mode on their phones and it makes sense for HMD to join the bandwagon.

The Nokia X71 has been launched in Taiwan for NTD 11,990, which roughly translates to Rs 26,900. This seems steep for a phone with a Snapdragon 660 SoC given today’s market conditions.

However, a tweet by Twitter account Nokia Anew suggests that the Nokia 6.2 will launch with a price similar to the Nokia 6.1. The Nokia 6.1 was launched in India priced starting at Rs 16,999, which means the Nokia 6.2 should fall in the same segment.

We once again remind you that there is no confirmation yet the HMD will announce the Nokia 6.2 in India on June 6. It could be a completely new device as well, but the Nokia 6.2 is currently top of the list right now as far as possible launches go.