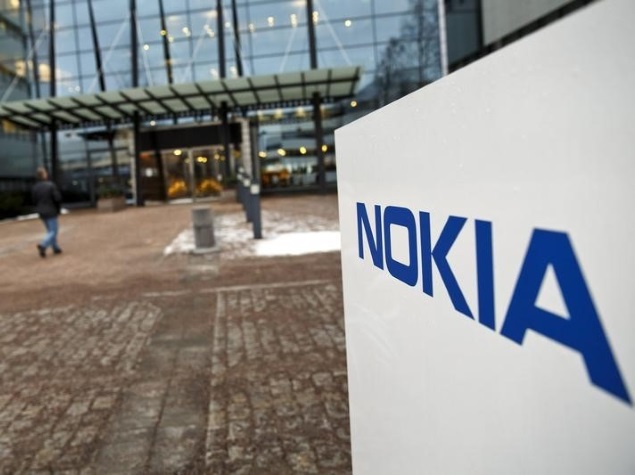 Nokia Bets Software Revolution Will Help Avoid Past Merger Errors
Nokia’s acquisition of smaller rival Alcatel-Lucent may avoid the pitfalls that befell earlier telecom network equipment marriages, thanks to a revolution over the past decade in how products are launched and developed.

The brains and brawn of telecom networks today lie in software, which is programmable and flexible, and not in customised hardware as in the past. Products are more modular with open interfaces that allow equipment from different manufacturers to talk to each other.

That should make it quicker and cheaper to combine the two companies’ products, analysts and telecom executives said, and may help Nokia succeed where other acquisitions have struggled.

Nokia has promised $960 million of cost savings by 2019 from the Alcatel-Lucent acquisition, which is set to be completed in the first half of next year.

Analysts believe the biggest chunk will come from the wireless business where Nokia’s 4G mobile network products will eventually replace those of Alcatel, allowing it to trim expensive R&D budgets and redeploy engineers.
The history of mergers in the telecom equipment sector is poor – including those that brought Alcatel together with Lucent, and Nokia with Siemens in 2006.

The cost savings promised from those deals ended up being given back to customers via lower prices because rivals Ericsson and Huawei went on the attack to steal contracts while the companies were distracted by their integrations.

Culling product portfolios also proved costly and slow because of the need to keep supporting gear already installed in major telecom carriers’ networks. A mobile base station installed at an operator such as Verizon or Vodafone remains in service for a decade and the equipment maker commits a team of engineers to a “product development roadmap” to improve it over time.

This time more of those improvements can come from software upgrades so merging product lines will be easier, Nokia Chief Executive Rajeev Suri promised investors after unveiling the Alcatel deal.

“While some of our past integration experiences have been painful at times, you should not be thinking about swap-out costs in the same way as in the past,” he said. Open interfaces, 4G technology and cloud computing “allow more rapid and efficient integration”, he added.

Getting the transition right is essential to achieving the synergies and avoiding alienating major customers such as Verizon or AT&T, the two leading carriers in the United States which have installed Alcatel-Lucent’s 4G technology.

“What took Alcatel-Lucent and Nokia Siemens four or five years to do on the product roadmaps last time around will only take two or three years this time,” said Pierre Ferragu, analyst at Bernstein Research.

However, Exane BNP Paribas analyst Alexandre Peterc is less confident and predicted that only half the promised 900 million euros in cost savings will materialise.

Momentum risk
Risto Lehtilahti, union representative at Nokia’s R&D unit in Oulu, Finland, expressed concern that the company would lose momentum with clients during the integration, as it had during the Siemens merger and purchase of Motorola’s U.S. mobile assets.

“Market shares have never been sustained after these mergers. As we are going through the transition period and before the picture clarifies, part of the orders will go to the rivals Ericsson and Huawei,” he explained.

“The clients know what those vendors have and how their systems work, while it could take one or two years for us to come up with the product portfolio and client systems.”

Analysts have pointed to contracts at U.S. number three operator Sprint as vulnerable because Nokia and Alcatel are the two primary suppliers for the 4G rollout, and the carrier may want to bring back Ericsson to maintain competition.

China’s three mobile carriers, which are in the midst of a huge national 4G expansion, could also shift their spending a bit more to Ericsson since the state had mandated that foreign suppliers each get 10 percent of the contracts. After the deal Nokia would have 20 percent versus Ericsson’s 10 percent, which may prompt a rethink.

Analysts are divided over how much such “dis-synergies” could hurt Nokia, with Deutsche Bank saying contracts worth 1.5 billion euros are at risk and Bernstein putting it at less than one third of that level.

Nokia tried to reassure investors last week even as it admitted that some contracts could be at risk. “We know that in these kind of transactions there could be situations which are difficult to foresee beforehand… so we’re being prudent,” said Suri.

The companies will also need to get ahead in the next product cycle. Bringing together Nokia’s strengths in wireless and Alcatel’s in Internet routing equipment positions the company for 5G, the next generation of mobile technology, when distinctions between fixed and mobile gear will largely disappear.

While 5G is not expected to be introduced until 2020, analysts say carriers will judge 5G suppliers by their ability to present a single product roadmap by late 2017 or face a loss of market share for future orders.