Long-time iPhone users should be familiar with the iPhone product release cycle by now. Usually, it works like this: Apple releases a major product, then the following year is the “s” generation of iPhones that offer incremental upgrades. In this case, the new iPhone XS and iPhone XS Max are the incremental upgrades to last year’s iPhone X.

The iPhone X was an exciting release, so what can the iPhone XS do to follow it up? It does plenty, but if you currently own an iPhone X, you’ll probably be fine with sitting this model out and waiting to see what happens next year. If you own an older iPhone, now’s the time to upgrade. You’ll be glad you did.

You can never have too much speed in an iPhone, and the XS is the fastest yet, thanks to the new A12 Bionic processor. It’s a 64-bit processor with six cores; two performance cores and four efficiency cores, the same number that the iPhone X’s A11 Bionic had. But Apple says that the A12 Bionic’s two performance cores are up to 15 percent faster, and the four efficiency cores use up to 50 percent less power.

Results with Geekbench 4 showed about a 13 percent boost in single-threaded performance with the iPhone XS and iPhone XS Max over the iPhone X, which is close to the 15 percent increase Apple claims. The multi-core increase was a more modest 10 percent.

In graphics-based benchmarks, Geekbench results with its Metal-based compute test showed a 40 percent increase over the iPhone X; Apple states that the iPhone XS is capable of up to a 50 percent graphics improvement. When we tested with the 3DMark Sling Shot Extreme test, we saw results that were the same across the old and new phones, but we saw an improvement in the 3D Mark Ice Storm Unlimited test. The Sling Shot Extreme test probably hits a memory and cache bottleneck that affects performance.

In our Wi-Fi tests, we saw an improvement in download speeds, sometimes as high as a 45 percent increase. Our upload speed saw much smaller boosts, if any.

With cellular, we were able to test two carriers, Verizon and T-Mobile. We saw a boost in download speed with T-Mobile-as much as 77 percent from the Macworld San Francisco office, but a less-dramatic-but-still-impressive 26 percent increase in suburban Sacramento, California. Compared to an iPhone 7 Plus, Verizon’s download speed was 40 percent better on the iPhone XS Max when we tested in a hilly, residential part of San Francisco.

Not long after the iPhone XS release came reports of Wi-Fi and LTE connectivity problems. We haven’t experienced reduced or dropped coverage, but it’s a situation worth watching.

Besides all the benchmarks, there’s the feeling of performance while you’re using the phone, the subjective impressions that you can’t really measure with numbers. For example, the improved Neural Engine in the iPhone XS (designed for machine learning algorithms) provides a much faster and smoother experience with Face ID, Animoji, and augmented reality apps. Turning on the phone and launching apps both seem as fast as with the iPhone X. Graphics performance felt the same, too, whether it was watching videos saved to the phone, scrolling, switching screens, etc.

The iPhone XS and XS Max have the same back cameras, which have the same specifications as the iPhone X: 12-megapixels resolution, dual lens system, 51mm telephoto with a ƒ/2.4 aperture, 2x optical zoom, 10x digital zoom, and optical image stabilization. There is a difference in the wide-angle lens: it’s 26mm with a ƒ/1.8 aperture, while the iPhone X had a 28mm lens with the same aperture. The result is that you get wider shots with the iPhone XS. It also has a larger sensor that captures more light.

We have a deep dive into the iPhone XS camera in the works, so these are my general impressions. We’ll update this review soon with a link to the camera analysis.

I was happy with the results of the iPhone X camera, and the iPhone XS fortunately is a good improvement. It produces very pleasing results with great color, and it seems to do a better job at fine detail. The iPhone XS camera also seems like it is more capable of handling different lighting situations than the iPhone X. 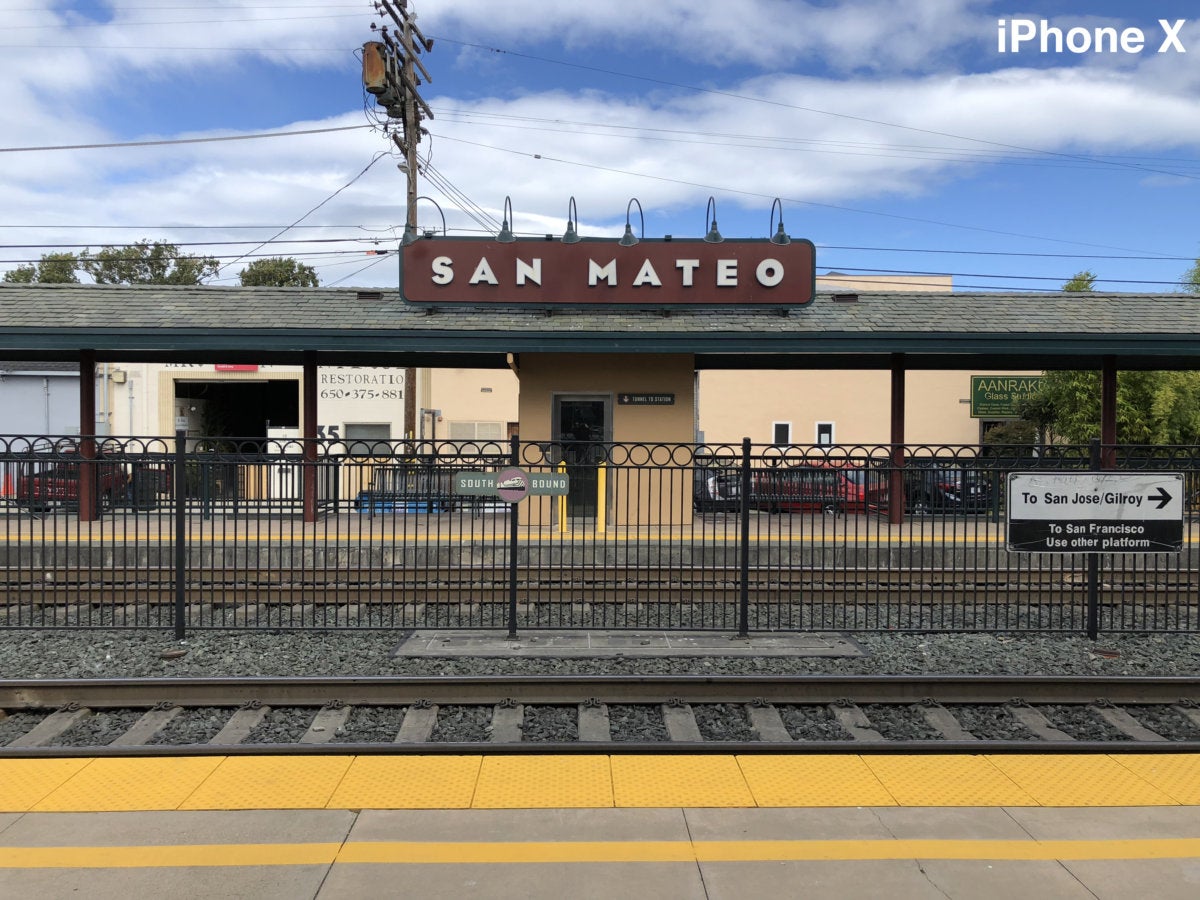 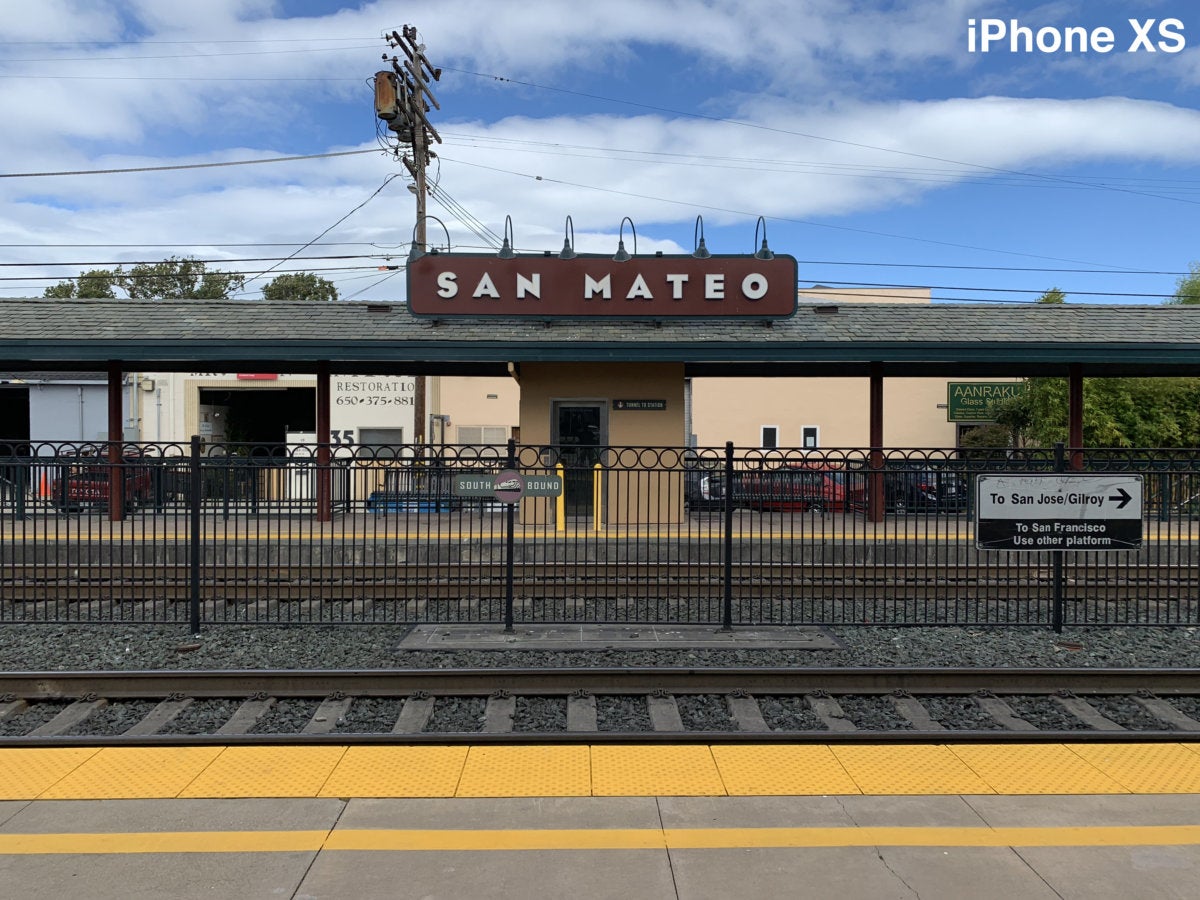 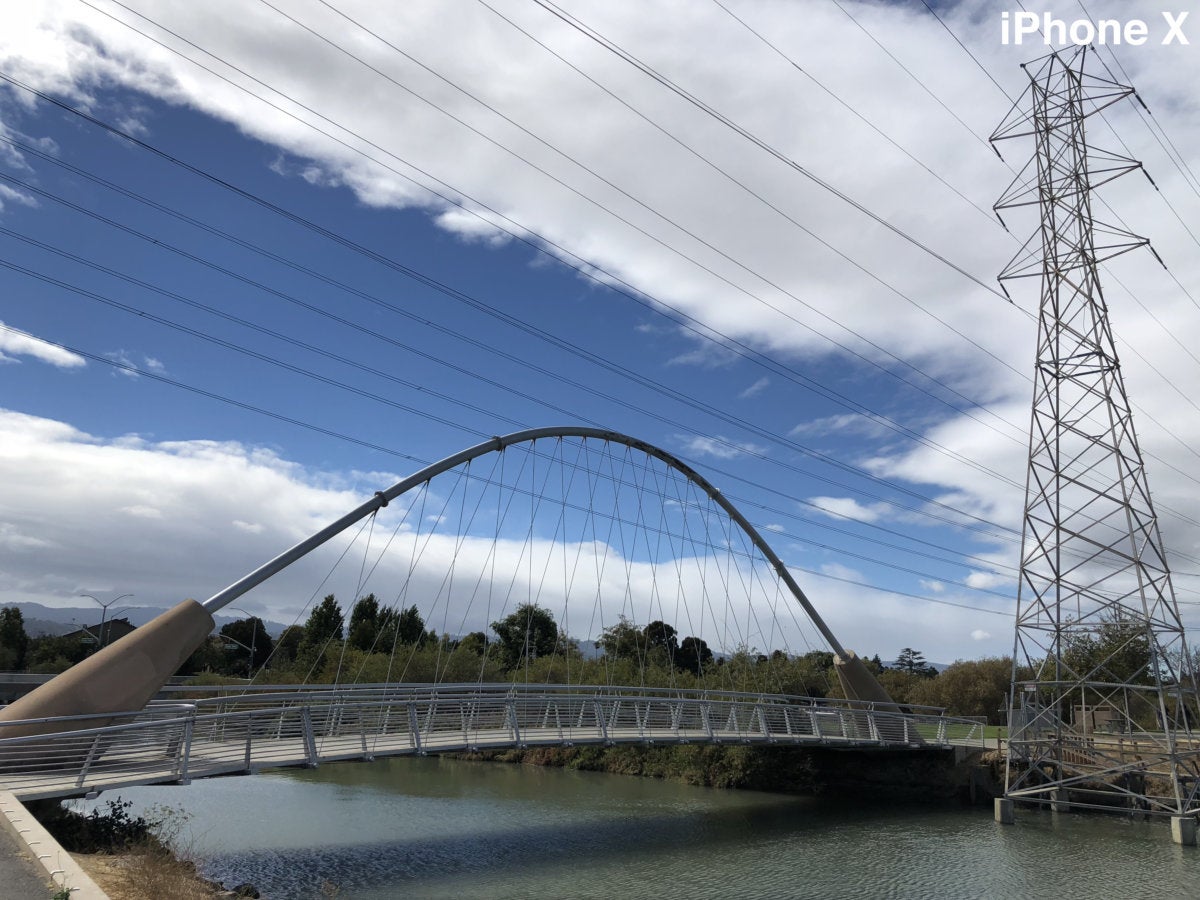 That seems especially true with pictures in extreme low light. Pictures from the iPhone XS had better sharpness and a lot less noise than those from the iPhone X. In many pictures I took, the differences were dramatic. The new Smart HDR feature probably has much to do with the better results. Since Smart HDR relies on the A12 Bionic processor, it’s new to the iPhone XS, and will be on the upcoming iPhone XR.