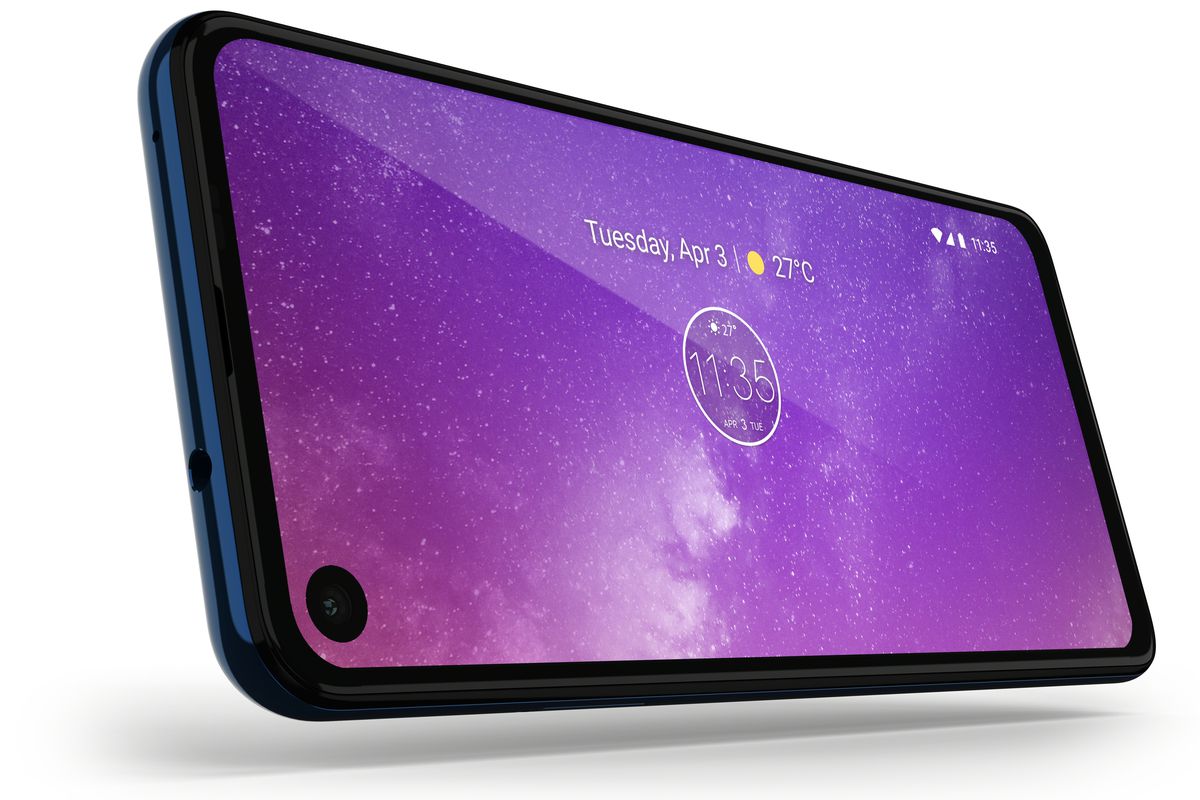 Motorola is introducing a new member to its lineup of Motorola One handsets today, but it won’t come to the United States. Still, the new One Vision deviates from Motorola’s current smartphone family to such a degree that it’s worth highlighting.

Its 6.3-inch LCD screen has a 21:9 aspect ratio that’s perfect for movies, a trend that Sony recently joined in on. Motorola calls the display CinemaVision. It’s not the sharpest panel in the world (1080 x 2520), especially at this size, but this is by no means a flagship-tier phone. The other instantly noticeable thing about the front is that circular cutout for the selfie camera. (Previous Motorola One phones had a very iPhone X-like notch.)

These are things that no other Moto phone has at the moment, and that also carries over to the 48-megapixel camera. Now, much like the new OnePlus 7 Pro, you’re not going to actually save 48-megapixel images to your camera roll. Instead, Motorola outputs 12-megapixel photos through its “QuadPixel” method of combining four pixels into one larger 1.6µm pixel. Motorola claims this results in “four times the light sensitivity” and less noise in your final images. (The secondary lens is only there to capture depth data, which I’ll always insist is a complete waste.)

The camera has optical image stabilization plus a dedicate Night Mode, and like a lot of other Android phones out right now, Motorola’s camera software has some AI tricks: there’s a portrait lighting mode that uses machine learning to apply effects, an option to automatically snap a shot when people are smiling, and a “smart composition mode.”

The Vision’s front-facing camera has a 25-megapixel sensor, which is a pretty dramatic uptick compared to other smartphones. You’ll only get shots at maximum resolution when in good lighting, however. In darker conditions, the selfie camera lowers that resolution to prioritize a better exposure.

This is a decidedly midrange device, so the specs are befitting of that. The One Vision is powered by a Samsung Exynos 9609 processor, and it has 4GB of RAM. You get 128GB of storage, which is very nice for the price, and support for expandable storage. Its battery capacity is 3,500mAh. The “One” in Motorola One means that this device runs Android One, a near-stock version of the operating system with promised software and security updates for three years.

The Motorola One Vision is available beginning today in Brazil for €299 RRP. Next week, it’ll launch in Mexico, followed by other countries in Latin America and Europe over the next several months. The US is unlikely to join that list, but the One Vision points to a new trajectory in design that might find its way to other upcoming Motorola phones that eventually do.